This is the first article in a series to explain the steps we will take to create the FIA Formula E Championship from scratch. In this first one, I will explain the whole concept behind the series and how we will work to make this dream a reality in a year's time.

It is incredible to see how the world has changed in the past few years. It happens so fast, almost as fast as racing cars. Sustainability and the environment have become almost religions. Every serious company and government in the world is investing a lot of resources to create and entice new technologies for our future.

Motorsport, as the pinnacle of technology, has to innovate and lead this movement. Racing will make a difference for the future of human mobility.

I can say from my 20 years of experience in motorsport that next year we will see a championship introduced by the FIA that will be the biggest revolution in racing in our time.

I began driving karts at the age of eight in 1992. Since then I have driven Formula Renault, four different Formula 3 cars, three GP2s, nine Formula 1 cars, two World Endurance Championship LMP1 cars and so on.

The first time I drove the Formula E prototype near Paris, in August 2012, it was a shock.

There is sound, a futuristic sound. You can hear the tyres and you can hear the wind blowing through the helmet. In the future you will be able to hear the crowd cheering.

The initial torque of the engine is brutal - it feels much more than 220kw. The whole driving experience changes, and it really does change for good.

This new championship is called FIA Formula E. E stands for Environment, for Exciting, for Energy, for Entertainment... for Electric. The first global, 100 per cent fully-electric racing championship has begun.

The concept behind this idea is very simple: if electric cars are definitely the future of human urban mobility, let's create exciting electric racing while promoting low cost, efficient technology and energy, and at the same time sustainability values and behaviour.

I will explain briefly how everything is going to work:

What? Efficiency, sustainability and entertainment.

When? The championship will start in 2014.

Where? Starting with 10 selected cities worldwide. All racing will happen in the heart of those cities, on brand new, state-of-the-art street circuits.

Who? 10 teams, with two drivers per team, all of them high-level, professional drivers.

How? Well, for the drivers there will be a prize of US$500,000 per race. This is enough to bring top-quality drivers. For the teams there will be a very strict policy to keep costs down and focus on what brings excitement to the racing and entertainment. On top of that, the winning team will earn €2million per championship.

How will the race weekend pan out? It all takes place in one day. Free practice in the morning, qualifying at noon and the race afterwards. This format will enable the city to not be disrupted for too long and will bring more spectators on the race day. Other activities like celebrity races, live concerts, fans zone and demonstrations will complement the event.

What is the car like? The championship is open to anyone to produce their own car within the FIA regulations. At the moment, the customer car is being developed by a consortium of Spark technologies and McLaren.

How long is the race? The race will last around one hour. Each driver has two cars, so while he is driving one, the other is being recharged in the garage. During the pitstop, the driver changes car and drives away in the new one. There will be two pitstops per race.

And the car performance? The whole car is designed to optimise the balance between efficiency and performance. The concept is to reduce aerodynamic drag, so the car will have the lowest drag coefficient in open-wheel racing. The downforce will be minimum. The motor will produce around 200kw of power and lots of torque, going from 0-62mph in 2.4s.

Is it going to be challenging for the drivers and teams? Yes, it will be. The biggest challenge will be to find the absolute limit of the car, on a brand-new street circuit, with such little testing time. On top of that, during a race, the strategy to optimise battery consumption and pitstop time will have a huge influence on the result. Talent and driving skills will be key.

There will be spectators because the race takes place in the centre of the city. The media broadcast will have a lot of focus on the internet and social media.

Formula E already has the support of very big names in this sector. Some of the spectators will come attracted by the excitement of the races, others by the new technology, and yet more because of their interest in sustainability.

Formula E will also put a lot of effort into attracting the attention of the younger generation by being much more interactive. There will be a revolutionary video game and mobile and internet apps that will be fully integrated with the series.

I can say that Formula E will be the first worldwide series to merge real with virtual racing.

I'll try to keep you posted on AUTOSPORT.com with how things are going as Formula E develops during 2013. 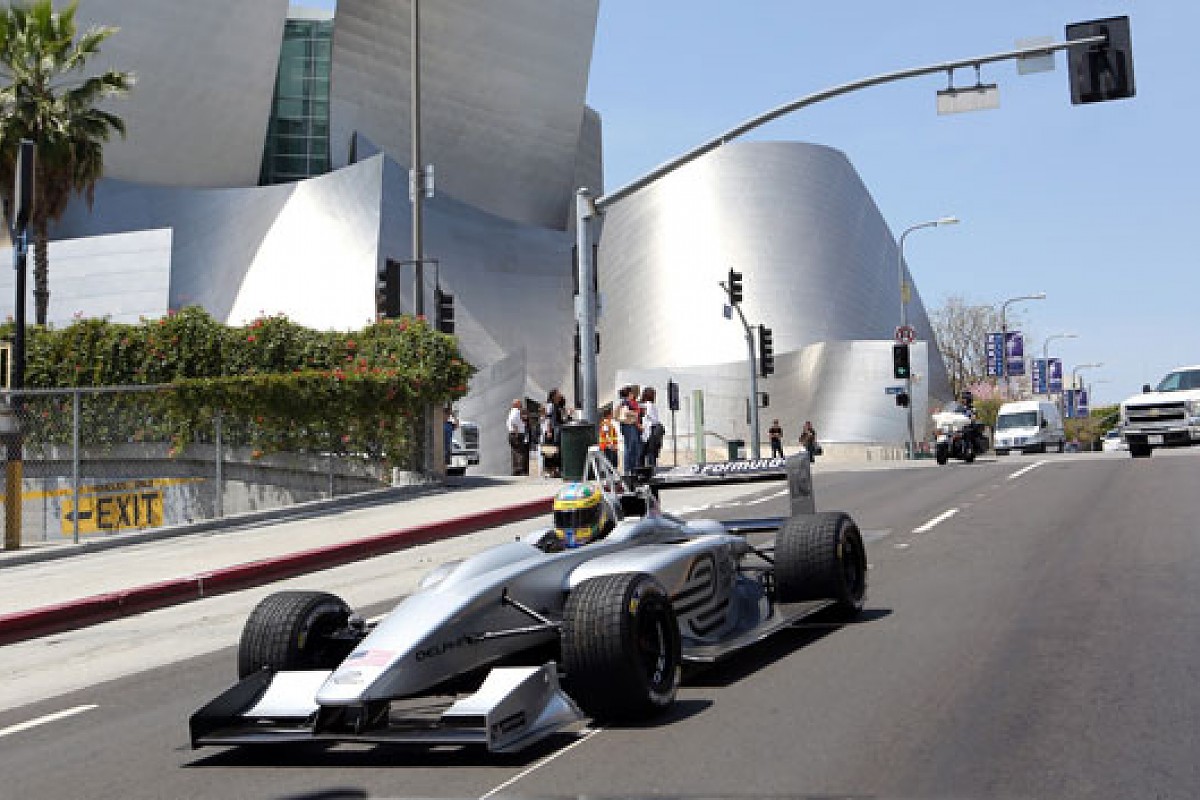