As expected, the circuit's high-speed nature suited the Bentley Continental GT3 as the pair qualified second, denied by the Macmillan AMR Aston Martin Vantage GT3 of Jack Mitchell and James Littlejohn by a tenth.

A super-fast launch for Parfitt took him into the lead by Copse and from there he and Morris commanded the race.

Parfitt pitted from a 5.1-second lead after just 40 minutes of the three-hour race.

"We actually had a long sit down and tried to be a bit clever," said Parfitt.

"We wanted to pit as early as we could and so our strategy was to run the car really light so we could maximise our speed." 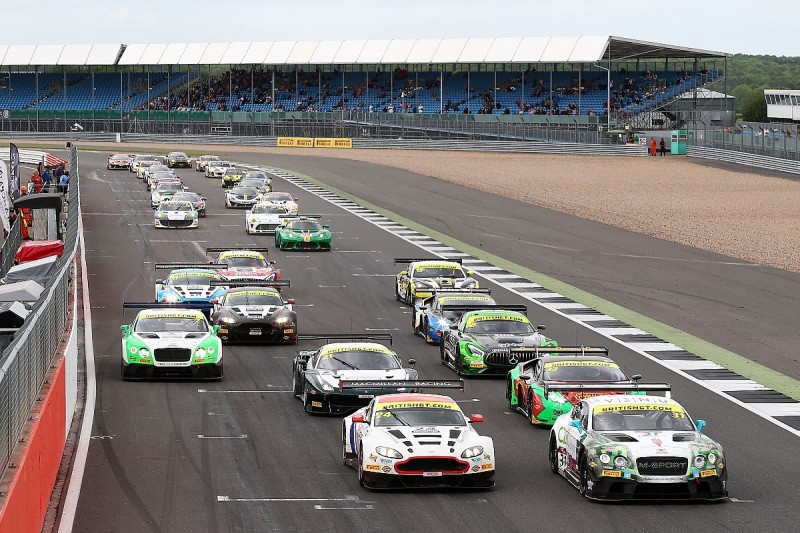 The call paid dividends as Morris extended the gap to 36s by the end of his stint.

A collision with Mark Farmer's TF Sport Aston Martin at Stowe when Parfitt was at the wheel was the only threat on the way to the Bentley's victory.

There was only minor damage to the front-left dive plane so the Bentley continued to win, some 1m03.650s clear of the field.

Macmillan AMR eventually finished second after a clean race from Littlejohn and Mitchell.

Despite dropping back early on, a resurgent Spirit of Race Ferrari 488 GT3 in the hands of Duncan Cameron and Matt Griffin managed to claim third place.

Barwell's efforts to stretch the stints failed to come good as championship leaders Jon Minshaw and Phil Keen were fourth in the Lamborghini Huracan.

Adams Balon and Adam Mackay claimed GT4 bragging rights for Track-Club as they took their second class win of the season.

"It's an awesome result for us and the team especially given that yesterday morning we had both a driveshaft and brake failure," said Mackay.

"I can't believe how well the team has worked together, we just did the easy part."

GT4 racing commitments in Austria left Will Moore and Matt Nicoll-Jones unable to qualify on the Saturday, but still they rose from last on the grid to second in class come the chequered flag.