Miles Rudman narrowed Cam Jackson's lead at the top of Autosport's National Driver Rankings to just two wins after the Legends racer picked up a hat-trick of victories last weekend.

Jackson has been the runaway table-topper for much of the season but the Historic Formula Ford ace has not contested a full campaign this year and his large lead has gradually been eroded.

Having taken five wins at the previous Legends event at Donington Park, the 2019 champion added a further three at Snetterton on Sunday, having battled a misfire the day before.

The latest successes have taken Rudman's 2021 tally to 15, just two behind Jackson's total, and mean he has reclaimed second spot on the leaderboard having dropped behind Michael Cullen.

The only other change in the top 10 this week was Jedi battler Dan Gore moving into fifth spot, up from 19th, after taking three Monoposto victories at Donington Park. 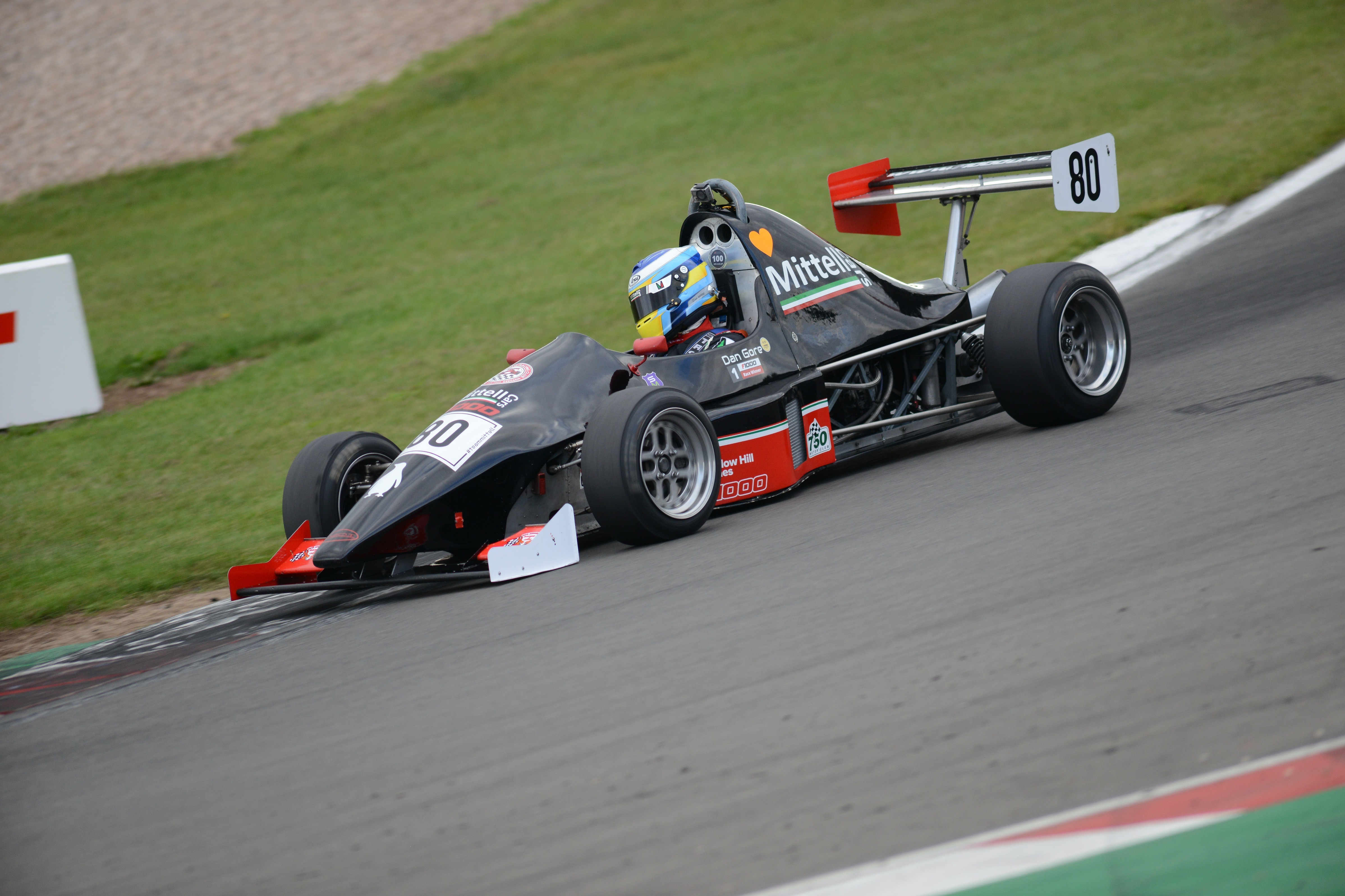 Dan Gore has moved up to fifth position

Gore narrowly missed out on securing a hat-trick of overall wins when he ran wide with a lap to go in race two, but still won his class.

Further back, Stefano Leaney claimed another two F3 Cup triumphs at Donington to continue his dominance of the series, but he did suffer only his second defeat of the season in the opener when he spun on the final lap.

He still rose from 23rd to 11th on the winners' table but would have moved to fifth without that error. Leaney is one spot ahead of Jon Woolfitt, the Spire driver taking a win as the CNC Heads Sports and Saloons made the trip to Knockhill.

Other drivers on the march in the top 25 were newly crowned Castle Combe Formula Ford 1600 champion Oliver White - who jumped from 21st to 16th after another win - and Ferrari racer James Little, who bagged a treble at Silverstone to go from outside the top 50 into 19th place.

Last year's most successful driver Gary Prebble was another to charge up the leaderboard after being victorious in both of the Pre-'03 Touring Car contests at Snetterton to jump from 40th to 22nd, while John Davison sealed the Historic Road Sports title and gained two places in the rankings to take 23rd with a win at Mallory Park.

Elsewhere, four-time BMW Compact Cup champion Steven Dailly finally made his long-desired graduation to the Ginetta GT5 Challenge at Croft. And what a debut it was as he claimed a double pole and landed the victory in race two, despite stiff opposition from behind. That win moved him into 25th place, having previously been 30th.

All car races in UK and Ireland are included except qualification/repechage, consolation and handicap races.

No races in other countries. Class wins are only counted when there are at least six starters in the class.