Single-seater rookie Matthew Rees has claimed the British Formula 4 title with a race to spare after taking a fifth place in the second contest at Brands Hatch.

The JHR Developments driver headed into the finale weekend with a slender 12-point advantage over Argenti Motorsport racer Matias Zagazeta.

But a spin for Zagazeta at Sheene in the opener while running fourth and Rees finishing fifth suddenly meant what was shaping up to be an enthralling decider could instead be settled early.

And so that proved to be the case in a disrupted reversed-grid second race.

A tangle between Joseph Loake, Joel Granfors and Zak Taylor resulted in a lengthy safety car period, hampering Zagazeta's attempts to make progress through the field from his starting spot of 12th.

With second-placed Aiden Neate being forced to pit with a damaged wing, Rees was on course to have the 27-point gap he needed to wrap up the crown.

But he had to survive a nervy two-lap restart and rely on Zagazeta failing to make any progress.

Rees had a close moment with Oliver Gray but slipped ahead of Kai Askey to be sure of the championship.

And, rather than progressing, Zagazeta fell to ninth to end his season in disappointment. 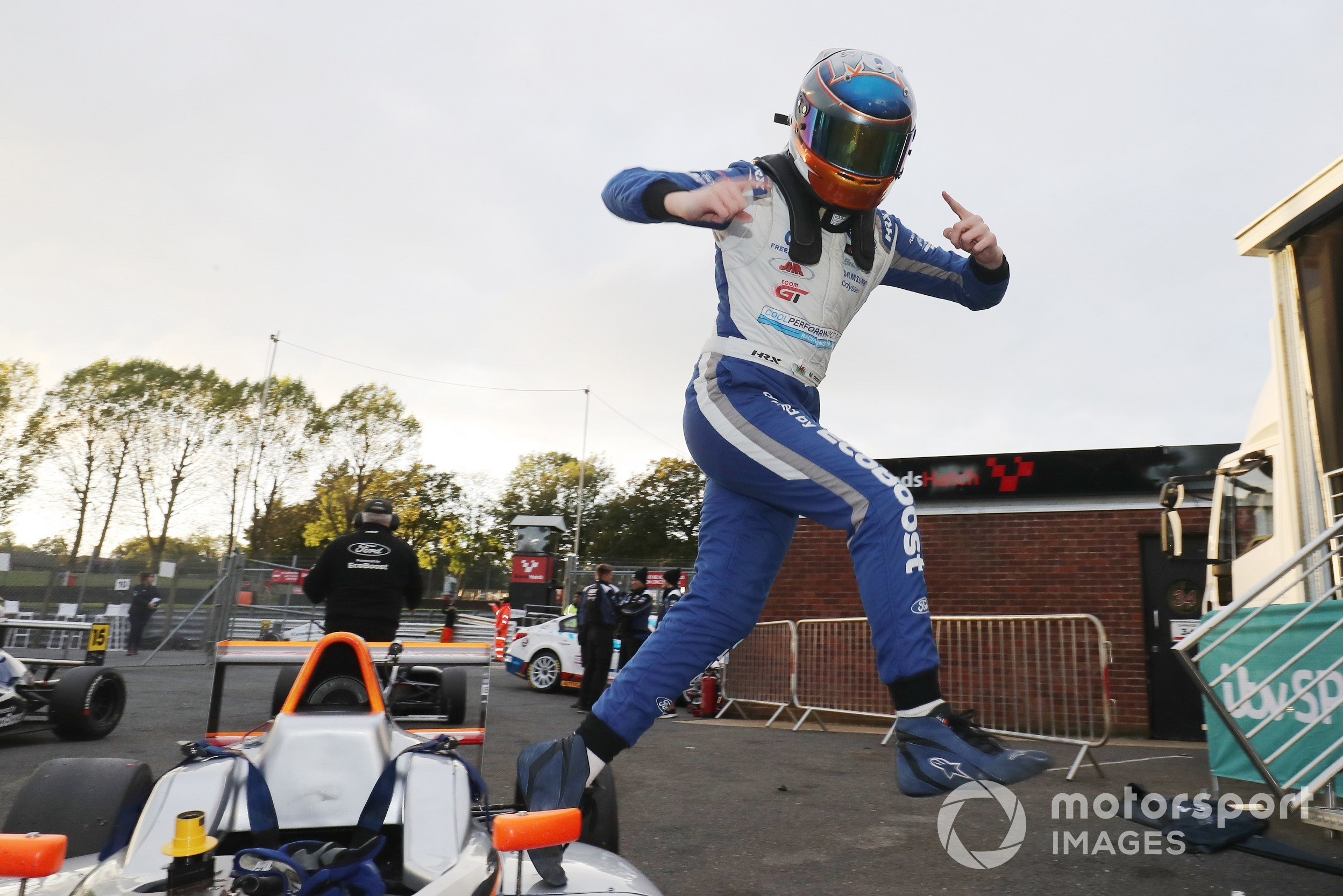 The 15-year-old never expected to be fighting for the overall crown in his first season out of karting, instead targeting rookie honours.

"To be able to rise to the top of that and to win against Matias - a good second-year driver - is great," he added.

Rees is remaining open-minded about his options for next year and is yet to decide what direction to head in.

While Zagazeta and Rees had been the leading contenders in the second half of the season, the early stages of the campaign were all about James Hedley.

The 2019 Ginetta Junior champion took two wins and a podium at the opening Thruxton event to build a commanding initial points lead.

However, a nightmare fourth meeting of the year at Knockhill - where he scored a solitary point - put a stop to his momentum.

A subsequent switch from Fortec to Carlin failed to yield an improvement and he has only taken two podiums in the past six events.

Rees' qualifying prowess - including taking the first four poles set by fastest or second-fastest times - catapulted him to the top, before a strong second half of the season for sophomore driver Zagazeta brought the Peruvian into the mix.

The Argenti driver had taken top spot but a tricky weekend at Donington Park last time out and two wins for Rees meant the balance of power shifted again, and Rees was able to capitalise on that at Brands.