Mitchell finished on the podium in the last two rounds of 2019 in Century Motorsport's BMW M6 alongside Fender, while Witt returns for a first regular UK programme since 2018 after a season spent in the GT World Challenge Europe Endurance Cup, winning the Silver class at the Spa 24 Hours.

Team co-owner, Bahraini Isa Al-Khalifa, was originally slated to drive alongside an unconfirmed co-driver, but did not appear on the provisional entry list issued by the championship last week.

His partner, team co-owner Nick Cristofaro said: "It is great to welcome Jack and Jordan into the 2 Seas Motorsport family and be able to confirm the second line-up on the eve of the delayed season start.

"Both Jack and Jordan bring a depth of British GT championship experience and both have strong race-winning credentials from highly competitive championships across the world at both GT4 and GT3 levels.

"They make another strong Silver pairing for the team, and we are looking forward to seeing them battling with Angus and Dean, and the team is excited to finally get our debut season underway."

It becomes the sixth Silver Cup car on the grid and means just under half of the 13 GT3 cars entered will be in the Silver class, a significant increase on the two-full season entries last season.

British GT had announced a capacity 35-car grid prior to the media day in March, featuring 19 GT3s and 16 GT4s, but several cars have withdrawn due to factors relating to the coronavirus pandemic. 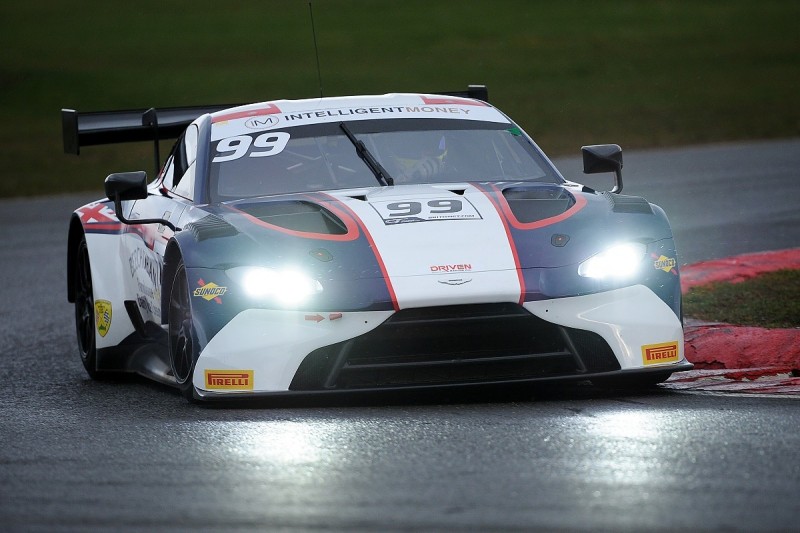 Both Aston Martin Vantage GT3s due to be entered by 2019 championship-winning team TF Sport have pulled out.

This, followed by a reduced programme for sister Aston squad Beechdean AMR - which will conduct a round-by-round schedule with team boss Andrew Howard beginning at Brands Hatch instead of its planned two-car entry - means there will be no full-season Aston Martin entry in the premier class for the first time since 2010.

OPINION: Is this the year for national racing's nearly-man?

Although the championship has gained two extra GT3 McLarens - entered by Jenson Team Rocket RJN and Optimum Motorsport respectively - plus Duncan Cameron's AF Corse Ferrari that will enter every round except the second Donington Park round that clashes with the Le Mans 24 Hours, it has also lost a further two McLarens from Balfe and Optimum, the JRM Bentley of reigning GT4 Pro-Am champions Kelvin Fletcher and Martin Plowman and the G-Cat Racing Porsche.

Steller Performance has not announced any drivers for its R8 GT3 and remains on the full-season entry list, but will not feature at Oulton Park.

In GT4, five McLaren 570S GT4s have fallen by the wayside, including the two Driver Development Programme cars run by Tolman Motorsport, Graham Johnson's Balfe car and both Optimum Motorsport entries which have switched to International GT Open.

The Academy Motorsport Mustang team has also scaled back to a single-car entry for Jordan Albert and Matt Cowley.

"The 2020 season has undoubtedly shifted from a year of great expectation - and especially after securing so many GT3 entries - to one of consolidation," said British GT championship manager Lauren Granville.

"Clearly a lot has changed since we announced the capacity entry in early March. But while we're obviously disappointed to have lost several cars, the strong initial entry has at least helped us to maintain competitive GT3 and GT4 grids.

"I've also been pleasantly surprised by the subsequent interest from new entries like AF Corse, Optimum and Balfe, as well as others who we expect to return before season's end."