Last year the 21-year-old competed in the WRC-supporting Drive DMACK Fiesta Trophy and said the pace of the British drivers he had faced there proved he would have a tough battle this season.

"It's not going to be easy. I've been driving with Jon Armstrong and Osian Pryce so I know these people [in Britain] are really fast," said Solberg.

"Now I'm more confident with my pace notes and my driving so I think I'll be fast.

"I'm just trying to prepare the best I can now, and trying to win this thing! It's not going to be easy."

Henning Solberg believes the UK is the perfect place for his son to develop.

"I think Britain is very good for that, all the top guys have been there.

"I know how long it takes, it takes time to be a good rally driver and he needs to drive as much as he can."

"I think they want to progress his skill level and increase his publicity in the BRC," he said. 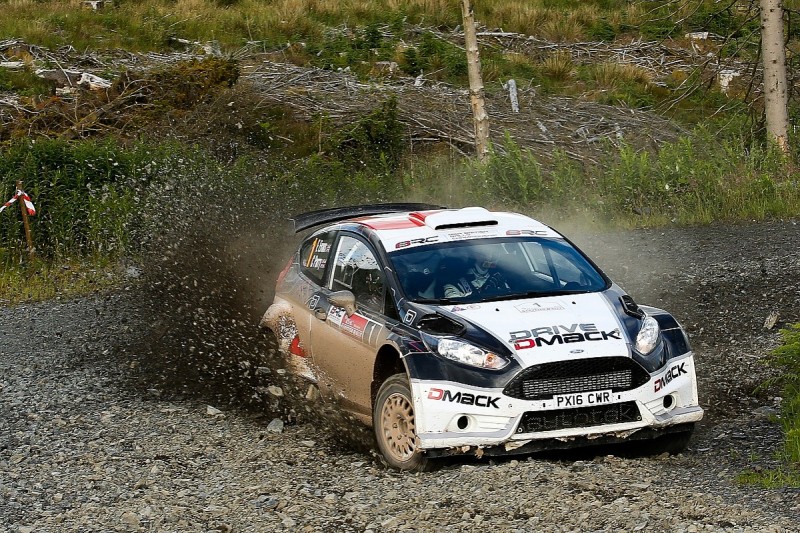 Solberg's news is the latest in a series of announcements ahead of the 2017 BRC starting with the Border Counties Rally on March 17.

As predicted by Autosport, M-Sport has confirmed a two-car Ford Fiesta team on DMACKs for the top R5 class, with three-time BRC champion Keith Cronin its lead driver and national rallying regular Alex Laffey in the second entry.

Swede Fredrik Ahlin won the Pirelli Carlisle Rally last year before slumping to fourth with a luckless second half of the season, and had been expected to move on from the BRC this year.

But he recently announced he will continue in Britain and with CA1 Sport, swapping last year's Fiesta for a Skoda Fabia.

Ahlin's CA1 team-mate David Bogie, the 2011 BRC champion, will also feature at the front according to team boss Martin Wilkinson.

Bogie traded times with the Skoda works WRC2 drivers on last year's Rally GB after a luckless campaign in the BRC.

The CA1 squad switches from Pirelli to DMACK tyres for this season.