The 14-year-old took the European and World KF Junior titles last year, and has joined the international single-seater team for the debut season of the FIA F4-certified UK category.

Ahmed, who turns 15 in February, has tested a variety of single-seaters in recent months as he prepares to make his car-racing debut.

"I'm very excited to be with Arden, they've had good pedigree so I'm sure we'll get on well," he told AUTOSPORT.

"It was a hard decision but it was too good to turn down.

"I couldn't really set high expectations. The first half of the year will be about learning, I think it will be good just to finish the first race!

"I think it's [going to be] the hardest F4 championship in the world. It will be a good stepping stone."

Arden team boss Garry Horner said he was "delighted" that Ahmed signed for 2015, having identified the youngster as one of "three hot prospects" from karting. 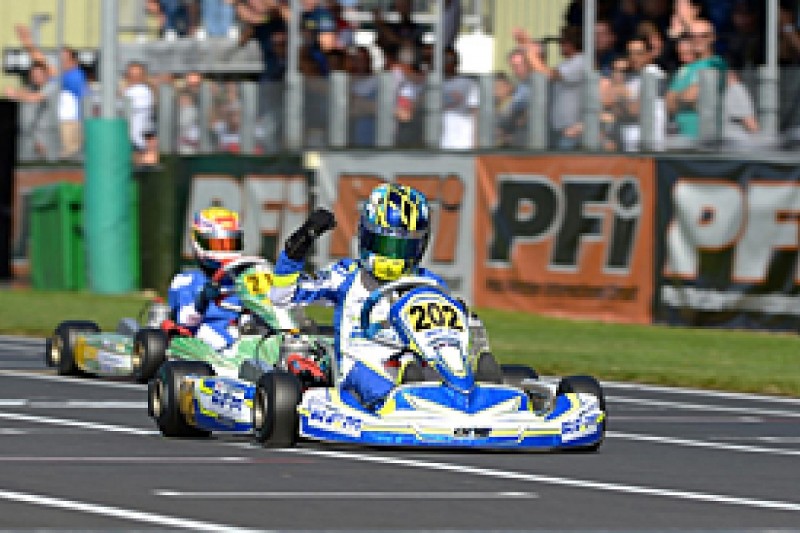 "Out of the stars from karting Enaam's pedigree is very good, and he's chosen to come with us.

"We'll do a good job for him, we've got a great depth of experience here, a lot of our engineers have done lower formula like Formula BMW and Formula Renault.

"We're excited about it."

Ahmed's karting team-mate Lando Norris, the World KF champion, has already been confirmed at Carlin for MSA Formula while frontrunners from continental karting Dan Ticktum and Josh Smith have also been linked to the series.

Edge, Ahmed's management company, said Arden's involvement in series such as GP2 and Formula Renault 3.5 was a factor in its decision.

"A big part of it was what it leads to next," said a spokesman. "Everything that goes with this deal can only be a positive for Enaam's future."

No action from government on petition to stop noise complaints