The BRDC British F3 car will run an IndyCar-style 'shark fin' device positioned in front of the driver in 2020, and will not adopt a halo next season.

IndyCar introduced the shark fin - which is around three inches tall and deflects debris away from the driver's head - for the 2019 season in lieu of a halo, and it has already proved effective.

That championship will now adopt the halo-equivalent aeroscreen developed by Red Bull Advanced Technologies for 2020.

BRDC British F3 introduced its current Tatuus-Cosworth car for the 2016 season, and has been in discussion with the FIA to become an official Regional F3 Championship since those rules were introduced this year. That would require a switch to a car with a halo.

But the BRDC championship is yet to secure that FIA status, and in the meantime Jonathan Palmer, chief executive of Motor Sport Vision, which operates the championship, is keen to keep costs down for the teams.

"The key thing is we were working in coordination with the teams to understand what teams would like to see in terms of future development with the car and in terms of cost," ex-Formula 1 driver Palmer told Autosport.

"We are certainly open and we would like to upgrade our British F3 cars to the latest FIA technical regulations.

"We put proposals forward to the FIA for a new British F3 car which used a halo car and that is still due to be considered and discussed.

"But until that happens our current car is doing a very good job." 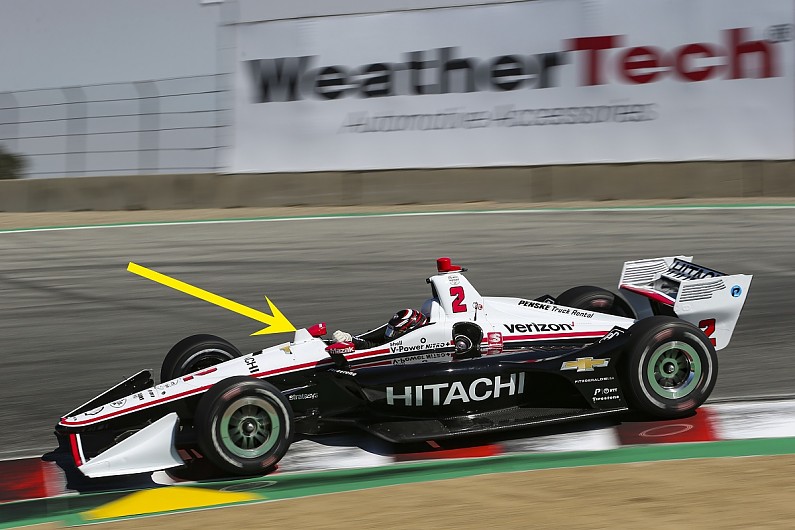 Alongside the shark fin (shown in IndyCar form above) for next season, BRDC F3 will issue updated aerodynamics for its car - including a revised rear wing which the teams are hoping will allow drivers to follow more closely in turbulent air.

"We felt we needed to do something [regarding head protection], we couldn't get the halo so the next best thing was to do that [the shark fin]," said Lanan Racing team boss Graham Johnson.

Fellow team boss Wayne Douglas of Douglas Motorsport added: "I think there might be more drag so the slipstream could be bigger and there's more of a chance to pass.

"The problem was on the old configuration we were maxed out on the rear wings 90% of the time so this gives us a lot of options to change the cars.

"I don't think it will make a huge difference [to the performance], you're probably talking a couple of tenths [per lap] at maximum." 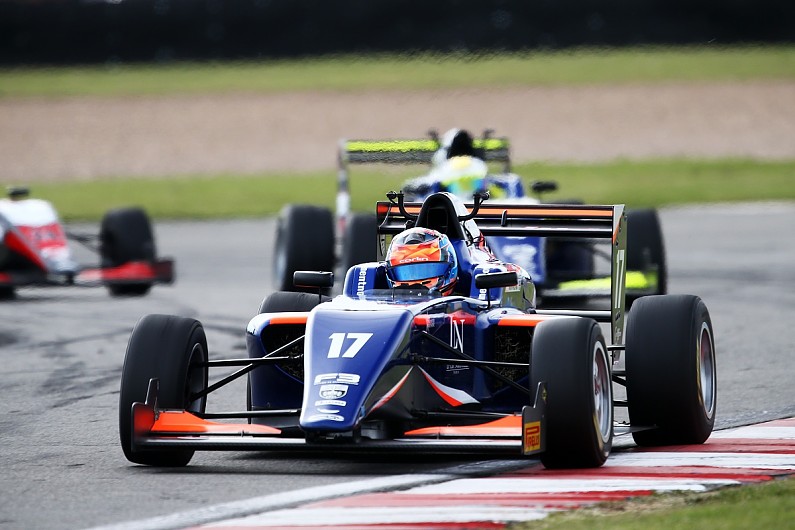 A total of 18 drivers took part in BRDC F3 series this year, with Clement Novalak taking the crown with junior single-seater giant Carlin.

The decision not to become a Regional F3 championship means that the series could lose the Formula 3 name, having already been granted an extension to use it in 2019 by the FIA.

But Palmer is keen that the name should remain and hopeful that the governing body agrees.

"In Britain we've got a long history with the British F3 name, it's understood by the drivers, teams and public, everyone understands it.

"There's no real reason why we shouldn't keep it."

The 2020 British F3 calendar was also revealed last month, and is unchanged from this season's track line-up.

The championship will begin at Oulton Park and include visits to Snetterton, Silverstone (twice), Donington Park (twice), Spa and Brands Hatch.