Aston Martin Racing Academy driver Jack Butel is hopeful of a strong result at Spa-Francorchamps for this weekend's British GT round having done well at the circuit in previous seasons.

The 23-year-old has made the step up to the UK's premier GT category this season with Optimum Motorsport at the wheel of an Aston Martin Vantage GT4.

Butel has previously taken podiums at the legendary Belgium circuit when he competed in the LMP3 Cup, and is hopeful that he can make a return to the rostrum again this weekend.

"The years I did LMP3, I raced at Spa and it was the first time I got a podium. It would be nice to do that this weekend," he said.

"I know TF Sport tested here last Wednesday and they seemed to go quite well [with the Aston], I'm just hoping we get a good Balance of Performance this weekend.

"Low speed and mid-speed corners we're pretty much there but it's the high speed where we're struggling.

"It's such an iconic track, I just can't wait to go there and race."

Butel and team-mate Connor O'Brien are hoping to bounce back from a difficult weekend at the previous round at Donington Park, after retiring the car when its suspension was broken following contact from behind. 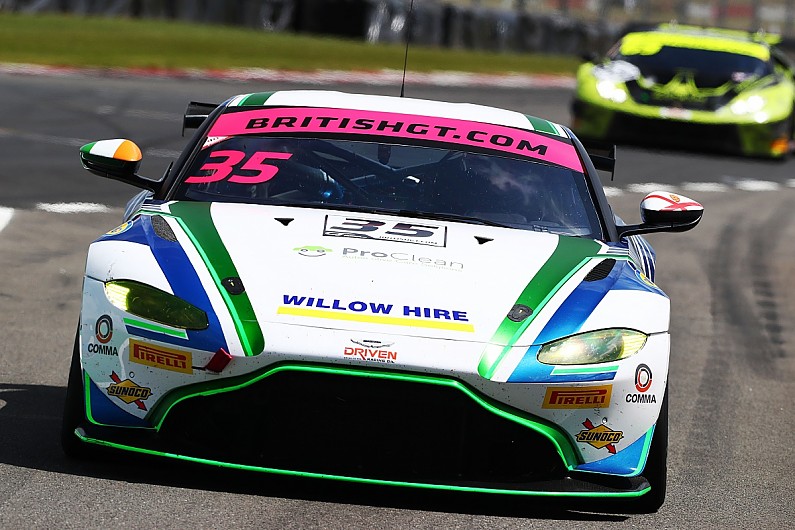 It was the Silver-Silver pairing's first retirement of the year, having secured two sixth places in class at the opening round of the season at Oulton Park, before following that up with 10th and 11th in the two one-hour races at Snetterton, as well as seventh in class at Silverstone.

Butel's career has come a long way in a relative short amount of time, having only started competing in karts at the age of 14 before jumping into single-seaters just four years later.

"It was an experience, jumping straight out of a kart and into a single-seater," said Butel.

"There were some big names we were racing with back then so I did well for my first season there.

"But there was just something I was lacking in a single-seater, we never figured out what it was."

After competing in Protyre Formula Renault in 2014 and then two seasons in British Formula 4, Butel made the decision to step away from single-seaters.

"In my second year of Formula 4 I tested a Ferrari GT3 car with FF Corse and I knew then that was the route I wanted to go.

"I did an LMP3 test with United Autosports and was seven tenths off Wayne Boyd so I decided to make the jump away from single-seaters.

"It's good to be able to say I have done lots of other things and experience wise I think it's helped me progress a lot more than if I started at seven and progressed slowly."