Sir Chris Hoy will return to British GT and team up with Ford World Endurance Championship drivers in the Multimatic Motorsports Ford Mustang GT4 at Spa and Donington Park.

His best result that year was a second-place finish at Spa.

"Multimatic is one of the automotive industry's best-kept secrets as they work on so many extremely cool but secret programmes," said Hoy.

"I've seen the success they made of the Ford GT programme so I'm excited to get behind the wheel of one of their cars."

Hoy recently took part in the World Rallycross Championship's Barcelona round, and drove a Formula E demo car ahead of the Rome E-Prix.

At Spa, Factory Ford WEC driver Priaulx will race against his son Seb, who scored the Mustang's maiden series victory at Oulton Park earlier this year alongside Scott Maxwell. 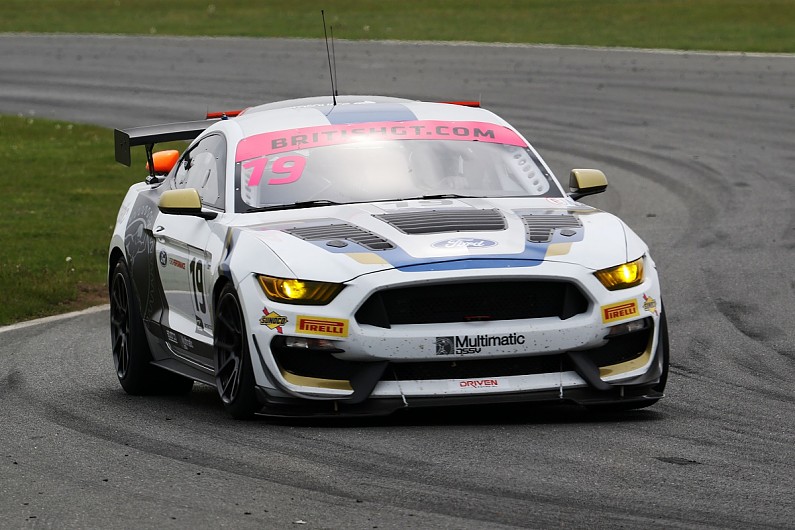 Priaulx, who will be making his British GT debut, last appeared in a domestic championship in 2015, when he won two British Touring Car Championship races in a West Surrey Racing BMW 125i M Sport.

"This is a real privilege for me," said Priaulx. "I can't thank the team enough for inviting me to drive with Chris in the number 19 car alongside Sebastian in his usual number 15 with Scott Maxwell.

"While we will be racing against each other, I don't see this as rivalry but a fantastic opportunity to help Seb and the team that is fighting for the championship.

"I have a bit of experience behind me so hopefully I can help them with such things as data!"