Single-seater powerhouse Carlin has chosen to take a sabbatical from the British Formula 4 Championship, in which it has run all three champions since the series' inception.

The team has taken the decision due to its new commitments in the IndyCar Series, as well as its return to Formula 2 (formerly GP2) for 2018 after a one-year absence.

The inside story of Carlin's IndyCar jump

This is on top of its existing programmes in the Formula 3 European Championship, Euroformula Open, BRDC British F3 and Indy Lights. But it has left the door open to returning to British F4 next year.

Carlin was one of the first teams to commit to FIA F4 when the Ford-backed series was introduced to the UK for 2015, initially as MSA Formula.

The team ran Lando Norris to the 2015 title, before emulating that with Max Fewtrell in '16 and Jamie Caroline (pictured below) last year. It has won 37 of the 90 British F4 (including MSA Formula) races held to date. 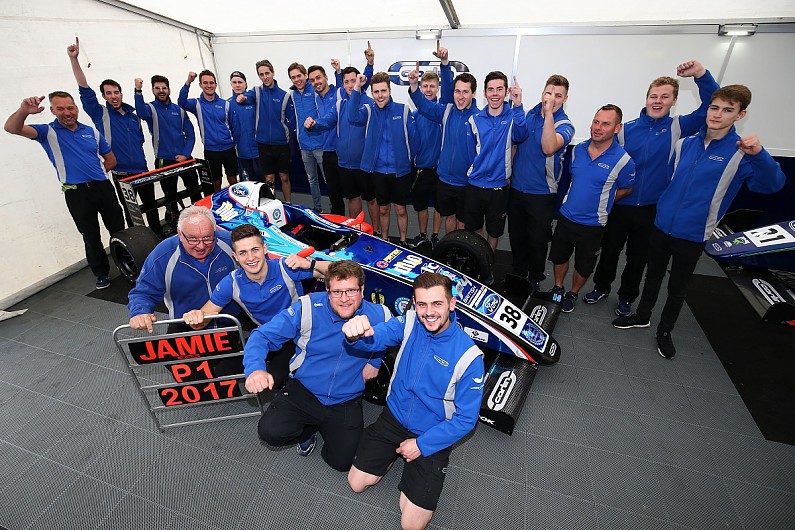 A Carlin spokesperson told Autosport: "Due to an increase in the number of programmes the team is involved in this season, we will be taking a sabbatical from British F4 in 2018.

"Having won every teams' and drivers' title since the series' inception in 2015, we're obviously very sad to miss the 2018 season, but will watch with interest the next batch of F4 stars coming through the ranks.

"We will continue to make our F4 cars available for testing throughout the year and in preparation for 2019.

"We'd like to thank the organisers of British F4 and Ford Performance for their support over the last three seasons and look forward to rejoining the series in the future."