OPINION: The NASCAR Cup Series has been willing to experiment with new race formats over the past few years, adding more road courses to break up the plethora of oval courses. But its conversion of the Bristol Motor Speedway to Cup's first dirt race since 1970 was the biggest experiment of all - and, largely, it was a successful one

This is not your father’s Bristol anymore. Well, technically it is - in the autumn.

But in the spring this year, and for the foreseeable future, the concrete-covered Bristol Motor Speedway is now a haven for dirt track racing thanks to the importation of 23,000 cubic yards of dirt to cover its surface.

The high-banked short track at Bristol has been home to a pair of NASCAR Cup Series races each season since 1961. But when NASCAR released its long anticipated 2021 Cup schedule with the promise of new venues and new events, even the most hopeful didn’t envision the addition of a create-your-own dirt track.

Perhaps we should have. The signs were there, especially when Charlotte Motor Speedway abandoned its two annual oval races in 2018, electing to host its fall event on the “Roval” – a hybrid of the traditional speedway and the addition of an infield road course.

Despite those calendar changes to add more variety to the party, bringing the Cup Series back to dirt was risky - but also potentially very rewarding.

NASCAR fans have demanded changes to what had been a very stagnant series schedule for years and in 2021 they will get many: new venues such as Nashville Superspeedway, Circuit of the Americas and Road America as well as new events such as the Bristol Dirt Race. 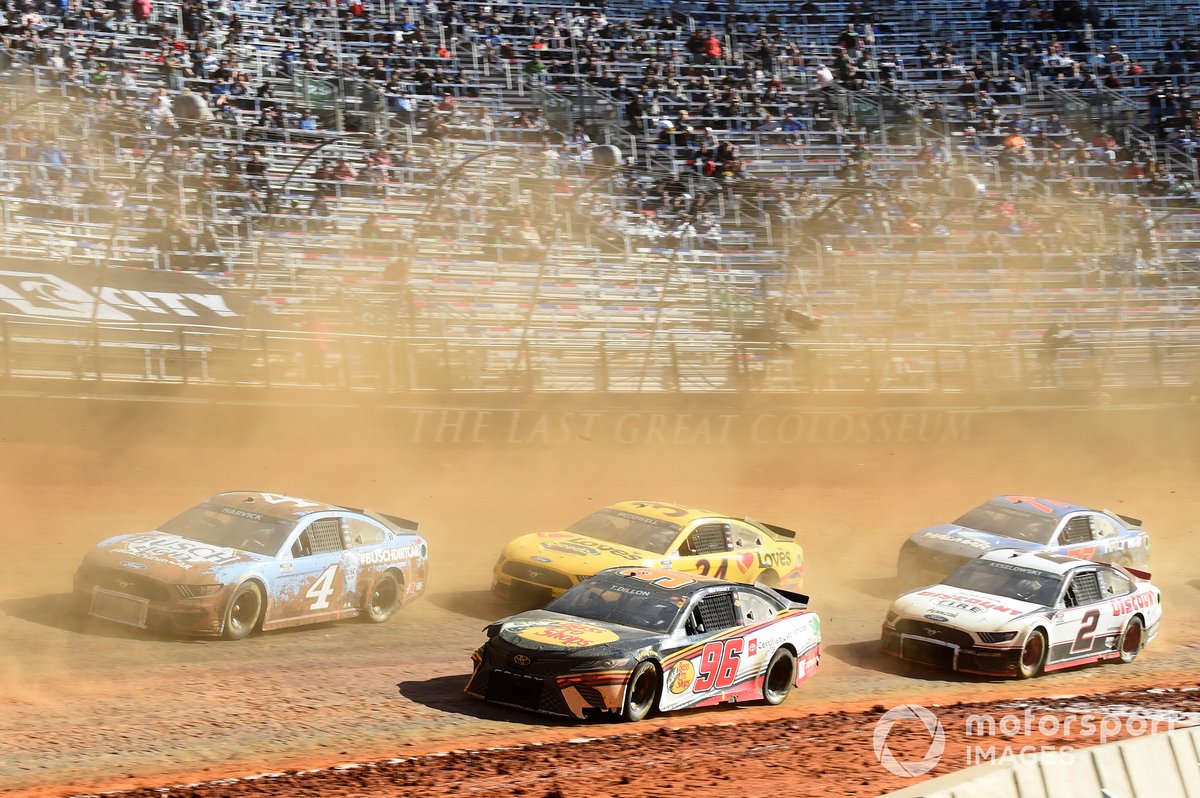 It had been more than 50 years since the Cup Series last raced on dirt, and that was a 100-mile race in 1970 on a ½-mile dirt track at the North Carolina State Fairgrounds in Raleigh. Won by Hall of Fame driver Richard Petty in his Plymouth, who finished two laps ahead of his nearest competitor Neil Castles, third-placed Bobby Isaac was a further three laps behind. That kind of dominance wouldn’t likely fly with today’s fan base, some of whom begin chants of “boring” on social media if the leader gains a several-second advantage with the field strung out.

The current version of the Cup series race car had also never been tested by the conditions it would encounter on a dirt track and only a handful of the series’ drivers have extensive backgrounds in that form of racing.

The likes of Kyle Larson, Christopher Bell and Ricky Stenhouse Jr have competed in the World of Outlaws series, and the former duo are prior winners at the Eldora Speedway during their time in NASCAR's Truck Series. The rest of the grid varied in experience, to previous Eldora outings and Chili Bowl appearances to, well, none at all.

Hours upon hours of work had been invested in preparation for the green flags to finally fly - and when they did, it was entertaining and surprising

The race weekend began with many more questions than answers and, unfortunately, a weather forecast that appeared likely to bring substantial rainfall on Saturday and Sunday - which ultimately delivered and forced the postponement of the race to Monday.

My first view from inside the reconfigured Bristol track was a stunning one once we arrived in the press box for Friday’s practice sessions. The scene appeared quite surreal as if the track were covered by a heavy snowfall, only with snow that featured an orange hue. I had decided to keep an open mind when it came to the dirt race, although the general consensus among many regulars in the NASCAR media corps was this was an experiment doomed to fail.

Since I had been among the many voices calling for NASCAR to mix up its Cup schedule, I wasn’t going to dismiss any possible options outright, not without at least giving them a chance.

Friday’s practice sessions for Truck and Cup were entertaining. In fact, even with COVID-19 pandemic restrictions still in place, the crowd on hand simply to watch practice was probably one of the largest I’ve seen in at least five years. A positive vibe appeared to begin to take hold as several drivers – including some who were admitted sceptics to the idea of the race from the beginning – began talking about how much fun they were having on the track on Friday afternoon. 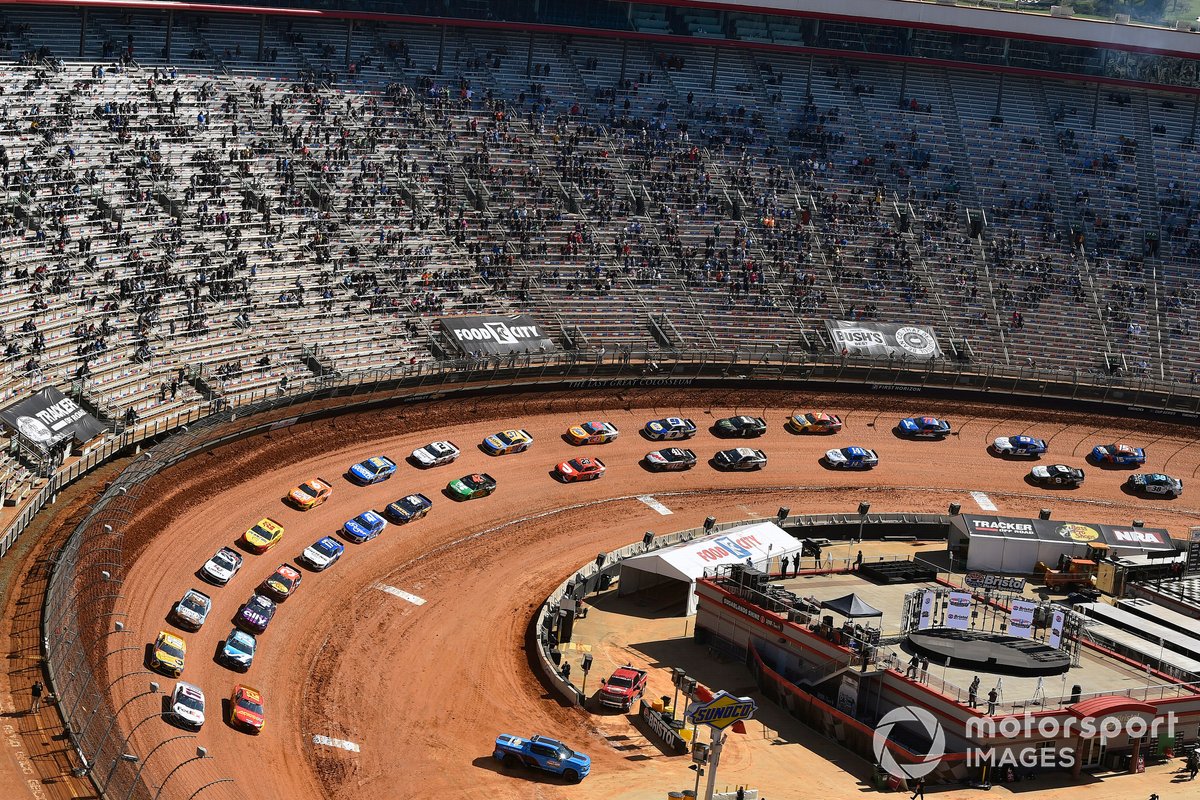 Severe thunderstorms, lightning and even hail forced the cancellation of Saturday’s heat races in both series, which were going to be used to set the starting lineup. And not long after, Saturday night’s Truck race was postponed.

By Sunday morning, several creeks running outside the track had flooded from the heavy overnight rainfall, with water covering parts of parking lots and campgrounds. The dirt track surface took a heavy beating as well and NASCAR wasted no time in postponing both races again to Monday. Questions swirled whether the surface could be prepared in time for a doubleheader of racing on Monday and if it was even safe to bring fans to the track with the flooding still lingering.

While flooding still existed in some areas Monday morning, the track was ready to take on fans and the track surface looked about as good as it had since the weekend began. Clearly, hours upon hours of work had been invested in preparation for the green flags to finally fly.

And when they did, it was entertaining and surprising.

There were plenty of cautions for on-track incidents but for the most part the track held up well and produced some quality racing. The competition only got better in the Cup race, although late in the second stage, a frequent dirt track problem – dust – began to present noticeable visibility problems.

NASCAR went to single-file restarts for the remainder of the race and that, plus good track prep before the start of the final stage, helped produced some phenomenal racing between Joey Logano and Denny Hamlin in the final 50 laps. 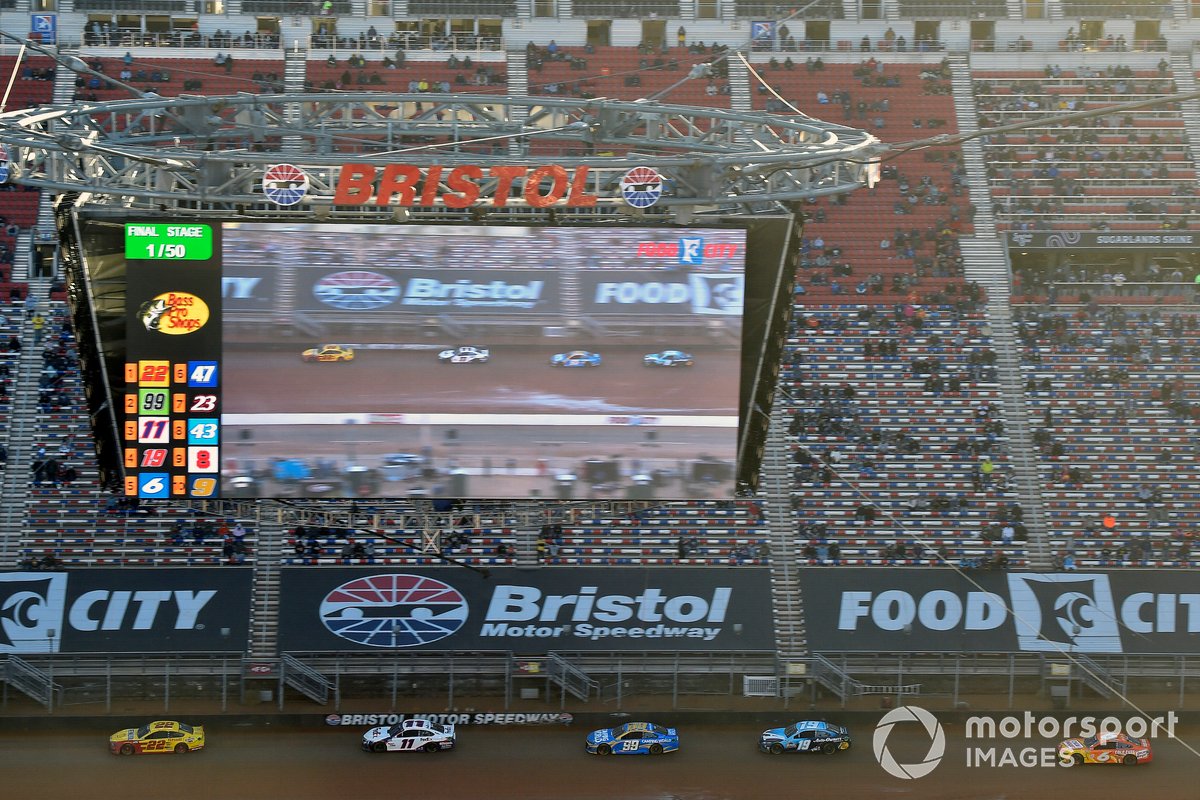 In the end, despite all the pre-race publicity about the drivers with dirt backgrounds having an advantage, two drivers with virtually no dirt experience – Logano and Martin Truex Jr – won the Cup and Truck races, respectively. Meanwhile Bell and Larson, two favourites going into the race, collided with each other in the opening stage and were left having to recover early on.

Everyone appeared to have suggestions on what to do next time to improve the quality and flow of the event. And before the Cup race was even over, the Bristol officials announced the 2022 spring NASCAR weekend would feature another round of dirt racing.

Those who never liked the idea to begin with undoubtedly still don’t. But equally, there were probably some new fans of dirt racing, converted by the dust over the course of the weekend as well.

For me, I saw nothing that would lead me to believe NASCAR shouldn’t continue with this experiment.

NASCAR had vowed to be “bold” and “aggressive” when it came to its schedule this year. The Bristol weekend may not have been perfect, but everything I saw led me to believe NASCAR had kept its word. 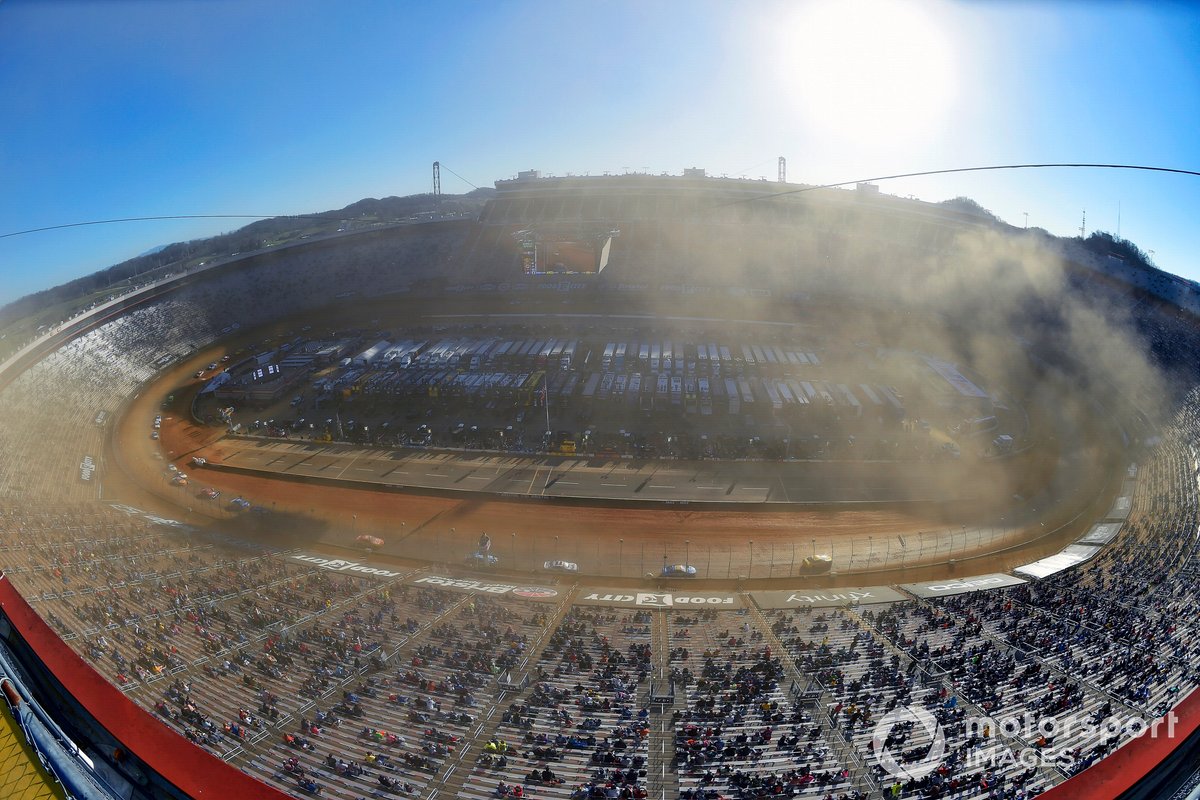