Hamlin scored his first two NASCAR Cup wins at the Pennsylvania track in 2005-'06, and Sunday's triumph was his fifth at the circuit after he stretched his fuel and then aced a late restart to head a JGR Toyota 1-2-3.

Hamlin won the Daytona 500 at the start of the year and also won at Texas, meaning he has won on three different types of track.

When asked if he felt he and his team were on par with anyone in NASCAR right now, the 2010 championship runner-up said: "Yeah, I mean, certainly we are contenders most weeks.

"I mean, there's not a week that shows up I don't think we can win.

"I don't know how many teams really could say that, five or six maybe.

"But certainly I think we're versed in the sense we can win anywhere. I think our speed has showed it. 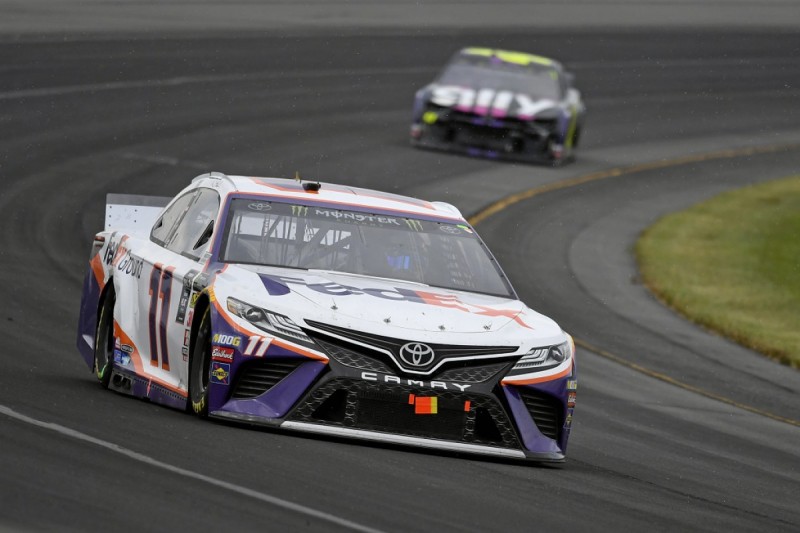 "We earned this one today. I didn't just go out there and block from the lead.

"We had to go up there and pass for the lead with 10 laps to go.

"It was hard earned. We're putting ourselves in contention. We're doing a lot of the right things.

"Like I said last week, we haven't had the speed like this since probably 2012 when we won five races.

"If you're winning races, you're giving yourself a buffer in the Playoffs.

"I think any work we can put in now will just help us in the Playoffs if we do stub our toe and have a bad race."