In his first race for the Leavine Family Racing Toyota team, DiBenedetto was a victory contender throughout and led nearly a quarter of the distance.

It was a breakthrough performance for a driver and team who have never finished above seventh in a Cup race, but it ended when Paul Menard tapped DiBenedetto into a spin with 10 laps to go as he ran fourth.

"It was the most amazing and most heartbreaking day all in the same day," DiBenedetto said.

"It was unbelievable how fast my car was. It's heartbreaking, but it was really neat to lead that many laps."

Menard quickly apologised to DiBenedetto after the crash - a gesture that was instantly accepted.

"It was just a racing deal. Nothing intentional," DiBenedetto said.

"I have a great relationship with Paul. I think he was trying to sneak into my outside but wasn't quite there.

"When he bumped me, he clipped my right-rear and turned me into the wall. It was just racing."

Menard described the crash as "my bad" and confirmed that he had just been attempting to get an outside-line run.

"It looked like he was trying to get to the middle so I tried to get to the outside and just barely hooked him and wrecked a lot of cars." 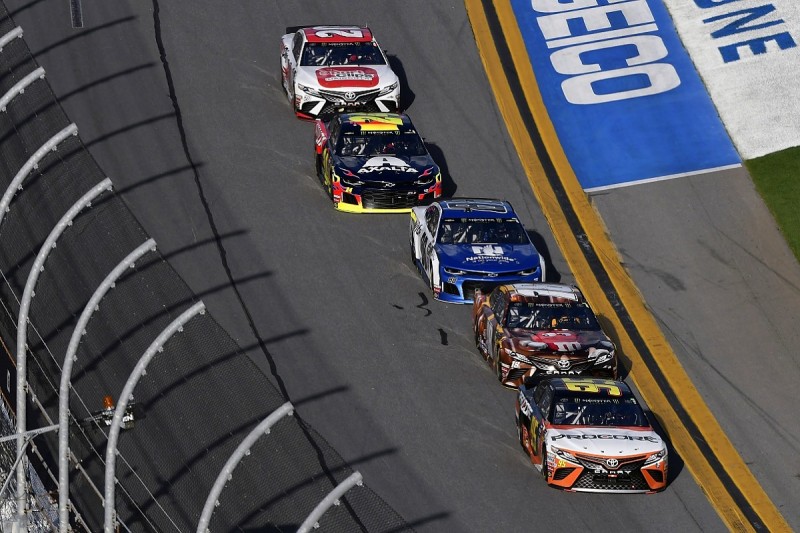 DiBenedetto is going into his fifth Cup season, having started with BK Racing before spending 2017 and '18 with Go FAS Racing.

He announced late last season that he would be moving in a different direction for 2019 and was then revealed as Kasey Kahne's full-time replacement at Leavine.

The small Leavine team - whose earlier drivers included ex-Formula 1 racer Scott Speed - had hoped for a breakthrough 2018 after signing 18-time Cup race-winner Kahne when he lost his Hendrick Motorsports seat.

But Kahne had a tough start to the year and then announced his retirement, before ending up curtailing his NASCAR career following health issues related to extreme heat exhaustion.

Amid that disappointment, Leavine achieved a transformational off-track deal when it secured additional support from Toyota and a technical alliance with the brand's leading NASCAR team Joe Gibbs Racing.

Gibbs - which finished 1-2-3 at Daytona with Denny Hamlin, Kyle Busch and Erik Jones - had capacity for a new partner team after the closure of Furniture Row Racing, which had taken Martin Truex Jr to the 2017 title with JGR support.

Rather than moving from one underdog team to another, DiBenedetto therefore found himself heading into 2019 with the backing of one of NASCAR's most powerful and successful organisations. 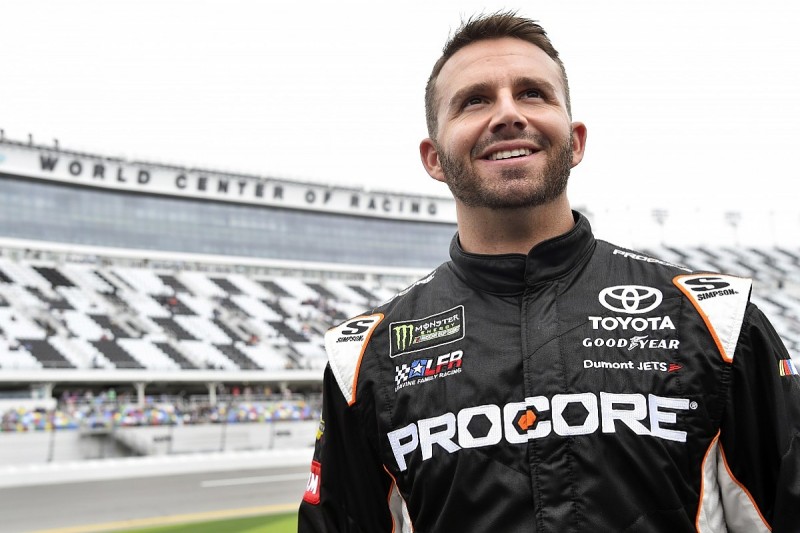 "I'm used to different situations where we've been with small, underfunded teams, and we made the most of what we had," DiBenedetto said.

"But this... I had one hell of a piece of equipment under me."

Though only credited with a 28th place in a race he was a genuine contender for victory in, DiBenedetto left Daytona upbeat.

"We put these cars together quick, we had a lot of changes with this team and we came out and led the most laps and were flying.

"We have a lot of momentum going into the season."