NASCAR tweaks rules for Kentucky in bid to improve overtaking

A lower rear spoiler, shorter front splitter and tyres with more grip are all being implemented after an 18-month test programme.

NASCAR is hoping the changes will produce more overtaking, as the drivers will be off the throttle for longer through the corners thanks to the reduced downforce.

The teams will be allowed extra testing time on the Wednesday before the race to work with the set-up, as the testing of the rule tweaks so far has not Kentucky specific.

Although the changes are just for Kentucky, where the quality of racing has been criticised since it joined the Cup series calendar in 2011, NASCAR's executive vice president and chief racing development officer Steve O'Donnell did not rule the package being used elsewhere if it proved successful.

"There's a balance for us in terms of we don't want to have potentially 25 different packages out there," said O'Donnell.

"But I think that is something we're looking at, maybe one or two more [packages] than we currently have. 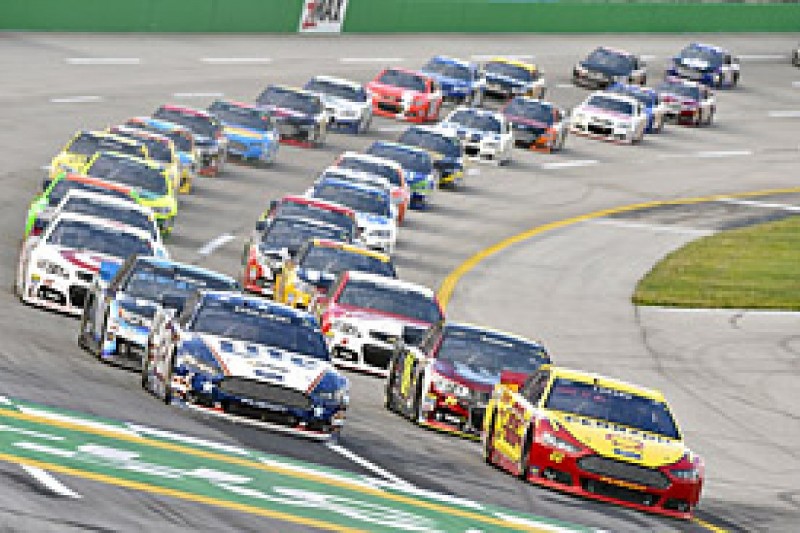 "Kentucky will certainly go a long way in evaluating that, and then all options are on the table as we look ahead to see what we might be able to implement."

NASCAR had previously suggested the current rules package would remain for the rest of the season.

The 1.5-mile Kentucky track is the next of the medium-size ovals - which have often produced processional races lately - on the schedule on July 11 after the forthcoming Sonoma road course and Daytona superspeedway events.

O'Donnell reckons the cars are much closer together this year, but the governing body wants to see more action at the front.

"I think we've achieved [closer racing] in terms of first to 43rd," he said.

"You see that those teams are closer than ever, but we certainly want to see more lead changes on the racetrack.

"We'll evaluate not only that but a number of different factors coming out of Kentucky and see what we can learn and potentially what we can implement down the road."