The NASCAR Cup Series race at Sonoma in 2019 will be run on the circuit's full 2.52-mile layout to celebrate the track's 50th anniversary

The NASCAR Cup Series race at Sonoma in 2019 will be run on the circuit's full 2.52-mile layout to celebrate the track's 50th anniversary.

NASCAR will now forgo 'The Chute' that bypasses Turns 4 to Turn 7 on the full circuit and will instead take to the extended layout, which includes the circuit's 'Carousel' section and the straight leading to the tight Turn 7 hairpin.

The series last raced on the full layout in 1997, and has since run on the shorter 1.99-mile configuration. The June 23 race will remain 350 kilometres in length, but will be contested over 85 laps instead of 110.

"The Carousel is a corner where history has been made, and as we celebrate the half century of track history in 2019, we are excited to reintroduce this signature turn on the Sonoma Raceway circuit," said Sonoma president and general manager Steve Page.

"We look forward to seeing a new generation of racers battle through this challenging corner and create moments fans will remember 50 years from now."

Marcus Smith, CEO of Speedway Motorsports Inc, added: "Innovation and exceeding expectations is in the DNA of SMI.

"This is something fans and drivers have been talking about for years, and we are excited to bring it to them, particularly as part of the track's 50th anniversary." 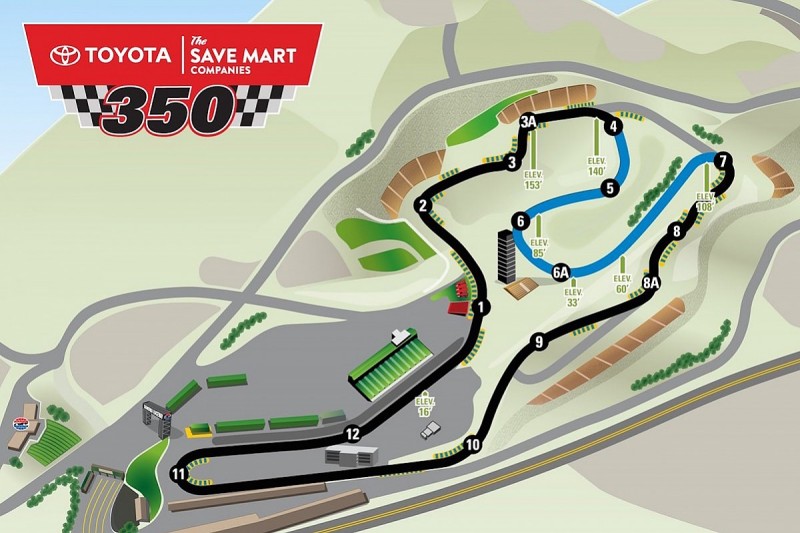 Jeff Gordon, a five-time winner at Sonoma, played a crucial part in the decision-making process behind switching back to the longer layout.

"The Carousel adds a technical aspect to the track that will be a challenge for the drivers," said Gordon.

"I'm looking forward to the FOX broadcasts of the race weekend next year and analyzing how the teams deal with this new challenge."

NASCAR first raced at Sonoma in 1969, when the series raced on the full layout.

Sonoma is one of only three road courses that stages a NASCAR Cup round, alongside Watkins Glen and the Charlotte 'roval' - which will host its first Cup series race this weekend.