NASCAR selected the Fords of Kevin Harvick and Joey Logano, the Chevrolets of Jamie McMurray and Chase Elliott and the Toyotas of Kyle Busch and Erik Jones to be analysed.

The series introduced more stringent inspection rules for 2018, ending its use of the template system for a more comprehensive laser scanner option.

Toyota had a significant aerodynamic advantage last year and Chevrolet introduced a new car for 2018, making Ford's dominance - its cars have won four of the first six races - all the more surprising.

"As we've done in the past, NASCAR will capture cars from each manufacturer for the purposes of a windtunnel test. We feel this is an appropriate time in the season to do so," NASCAR said in a statement. 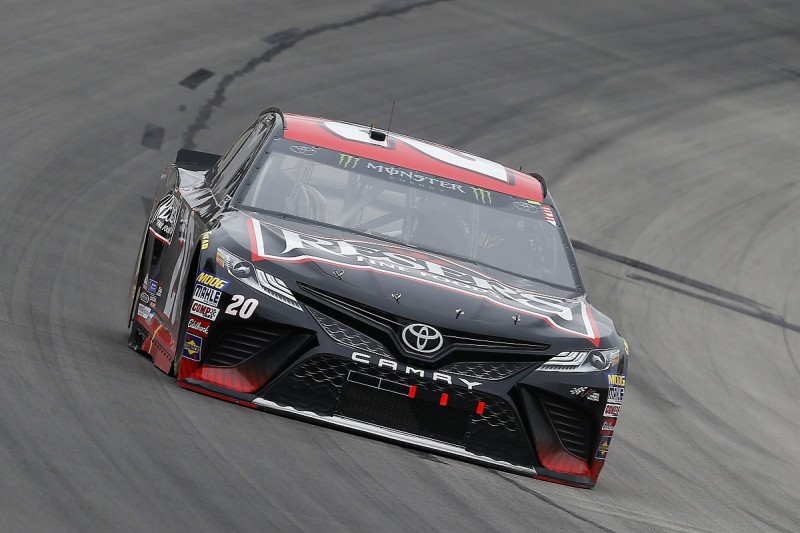 The windtunnel testing is partly due to NASCAR's increasing reliance on aerodynamic efficiency as rules have progressively scaled back the amount available.

NASCAR admitted the rule changes had played a role in the timing of the inspection.

"The reason that this weekend got chosen by us is [that] it's early in the season, we changed the inspection process, we changed the splitter rules," said NASCAR senior vice president for competition Scott Miller on NASCAR's SiriusXM radio.

"Those two things we knew were going to have an effect on the aerodynamic properties of all of the manufacturers' cars.

"Now that we've raced a few times, we've seen what the racing looks like, we figured it was time for us to sort of fingerprint the cars.

"We want to just understand as a sport where we are, to get data where we are on downforce levels and evaluate our product."

NASCAR admits Harvick should have had Texas penalty for pitstop issue