The Joe Gibbs Racing driver's chances of victory looked to be over when he locked up coming into the pit entry with 53 laps to go, missed the pits and was forced to do another lap around.

Hamlin, along with team-mate Kyle Busch, had already resisted pitting longer than most, and the mistake put him more than 20 seconds behind leader Martin Truex Jr.

But Hamlin, who last won the Southern 500 in 2010, hunted down last year's winner, eventually reclaiming the lead with three laps to go after a flat right-front tyre put Truex into the wall.

Prior to that, it looked as though Truex may have been able to hold on, as Hamlin lost ground when he made light contact with backmarker Landon Cassill six laps from the end and fell a second and a half off Truex's tail. But the puncture made that gap irrelevant.

Truex had swept the opening two stages of the race, beating early pacesetter Kyle Larson on the line to win the first stage, while his second stage win was a more dominant affair.

Although he lost the lead during pitstops both at the beginning and midway through the stage, he was able to move to the fore both times. 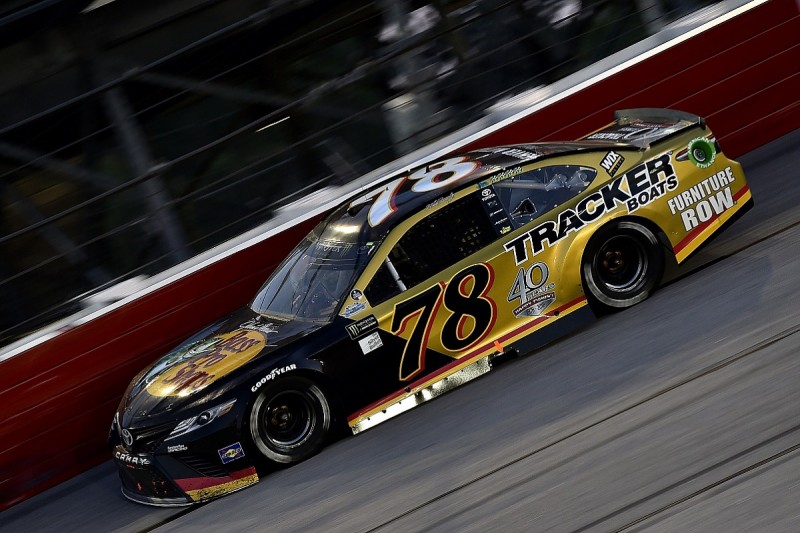 The Furniture Row Racing driver's 16th and 17th stage wins of the year means that he has clinched the 'regular season championship' with one race to go.

Despite Truex's sweep of stage wins, he lacked pace in the final stage, and complained of an ill-handling car. His tally of 76 laps led was bettered only by Hamlin, who led 124 laps en route to his 31st Cup career win.

Kyle Busch's late-pitting strategy ended up mirroring Hamlin perfectly, and he finished the race in second place, one spot ahead of his brother Kurt Busch.

Austin Dillon was fourth, with Erik Jones the highest placed rookie in fifth, while Matt Kenseth, who will be replaced by Jones at Joe Gibbs Racing next year, was sixth.

Polesitter Kevin Harvick, who got held up early on by a pitstop issue, and Jamie McMurray completed the top 10.

With one round of the regular season left, Clint Bowyer, Jones,and Joey Logano remain within touching distance of a playoff berth. A win at next week's race at Richmond would guarantee their place in the 16-way championship fight.

While Chase Elliott, Kenseth, and McMurray are all in the top 16 in the points, occupying positions 14-16, the three have yet to win a race this season, meaning their championship shootout positions are yet to be secured.