The presence of racers from the senior category has reduced slightly in recent years, since the 2011 rule tweak that meant drivers could only be eligible for points in one of the three series in a single season.

But despite not scoring in the championship Kyle Busch is still the most prolific winner in the Xfinity Series this year with nine victories to his name, and 18 of the season's 30 races so far have been won by drivers whose priority is the Cup series.

The situation is less significant in Trucks, where series regulars have generally dominated - though Busch and Kyle Larson are also among the 2016 winners.

For 2017, drivers with over five years of full-time Cup experience will be capped at a maximum of 10 Xfinity and seven Truck races per year, and will be barred from both championships' final eight rounds (encompassing their 'regular season' finales and Chases) and the races included in Xfinity's 'Dash 4 Cash' promotion.

Cup drivers are already barred from the final Xfinity and Truck rounds this year.

A NASCAR statement said the change was designed to "put an even brighter spotlight on the next generation of stars and bolster the identity of all three national series". 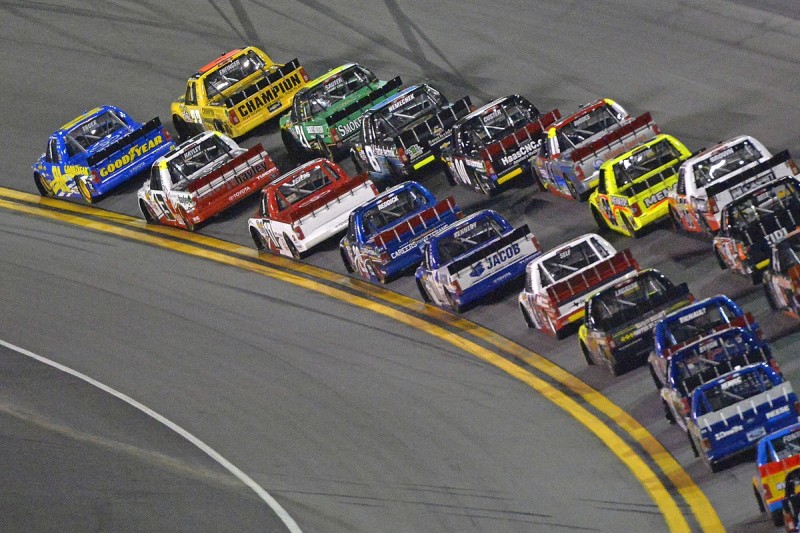 NASCAR's senior vice president of racing operations Jim Cassidy added: "The updated guidelines will elevate the stature of our future stars, while also providing them the opportunity to compete against the best in professional motorsports.

"These updated guidelines are the result of a collaborative effort involving the entire industry, and will ultimately better showcase the emerging stars of NASCAR."

Both the Xfinity and Truck title races feature a mix of young drivers and veterans this season.