Team Penske's Keselowski, who won Sunday's Coca-Cola 600, was drawn on pole for the first race following NASCAR's return at Darlington with the new random draw format, but drew the 20th seed for the second of the two Charlotte races on Thursday night, won by Chase Elliott.

The 2012 Cup champion said that NASCAR had "hit gold" with shorter format events and suggested it could be used in future to expand the schedule by including more midweek events without any qualifying.

"NASCAR, in my opinion, has hit gold with this format," he said.

"The limited practice, show up and race, and the time window that benefits both the east and west coast.

"No qualifying and inversion [of the starting lineup] from the week before is really good because it mixes the field up and creates some good storylines there.

"I think it's fair, it's compelling and it's at a time where the sports world, even if it wasn't for COVID, everybody is hungry for content. "COVID or not, I hope we keep this for years to come." 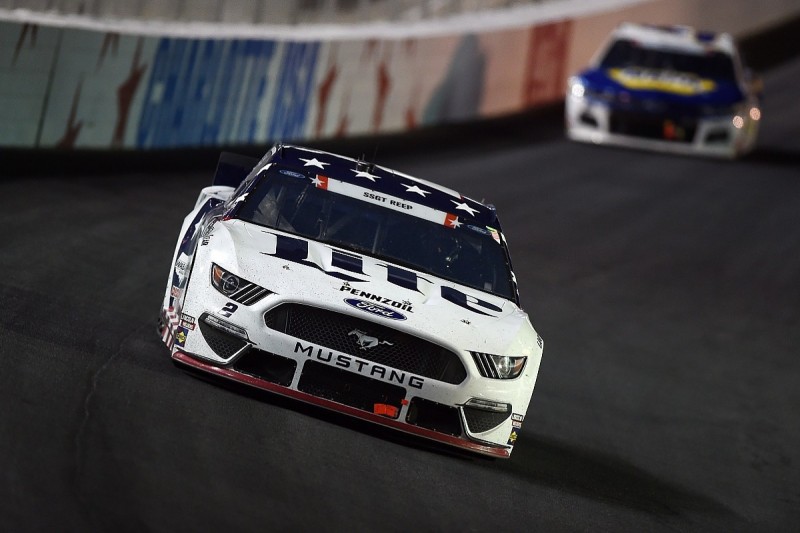 Asked about the reduced physical demands of the shorter race compared to the 600-mile event on Sunday, Keselowski replied: "It feels like I just played one half of a game, rather than a full game. It's a lot easier, for sure, but I also kind of like this format a lot.

"I think it makes sense to have long races on weekends and kind of shorter races during the week. I really like the format NASCAR has here.

"It's a good give-and-take. We don't need a whole bunch of practice and qualifying for midweek races. I think maybe one short practice and that's about it."

Elliott also spoke in favour of shorter events, as drivers are compelled to attack from the start of races.

"I think it's great, I think it ups the intensity," he said.

"You have to have your car driving really well from the start, and if it doesn't, you have to make those big swings early.

"It just ramps up the intensity and everything that comes with that. Just the clock is ticking and you don't have a lot of time to do much of anything."