Denny Hamlin advances to the semifinal of the 2021 NASCAR Cup playoffs after scoring victory in Las Vegas ahead of defending champion Chase Elliott.

Sunday’s win means Hamlin progresses regardless of how he finishes in the next two races at Talladega and the Charlotte Roval.

With the final stage going caution-free, the Joe Gibbs Racing Toyota driver successfully navigated a round of green-flag pit stops and cycled back to the lead on lap 229 of 267.

Following the break between Stages 2 and 3, the lead-lap cars pitted with stage two winner Hamlin the first to emerge from pit road. On Lap 167, Hamlin was followed by Truex, Reddick and Kyle Busch.

Truex quickly went to the inside on the restart and came away with the lead, only for Hamlin to resume the lead on the next lap.

With 80 laps to go, Hamlin led Reddick by about half-a-second as Truex ran third and Elliott fourth. 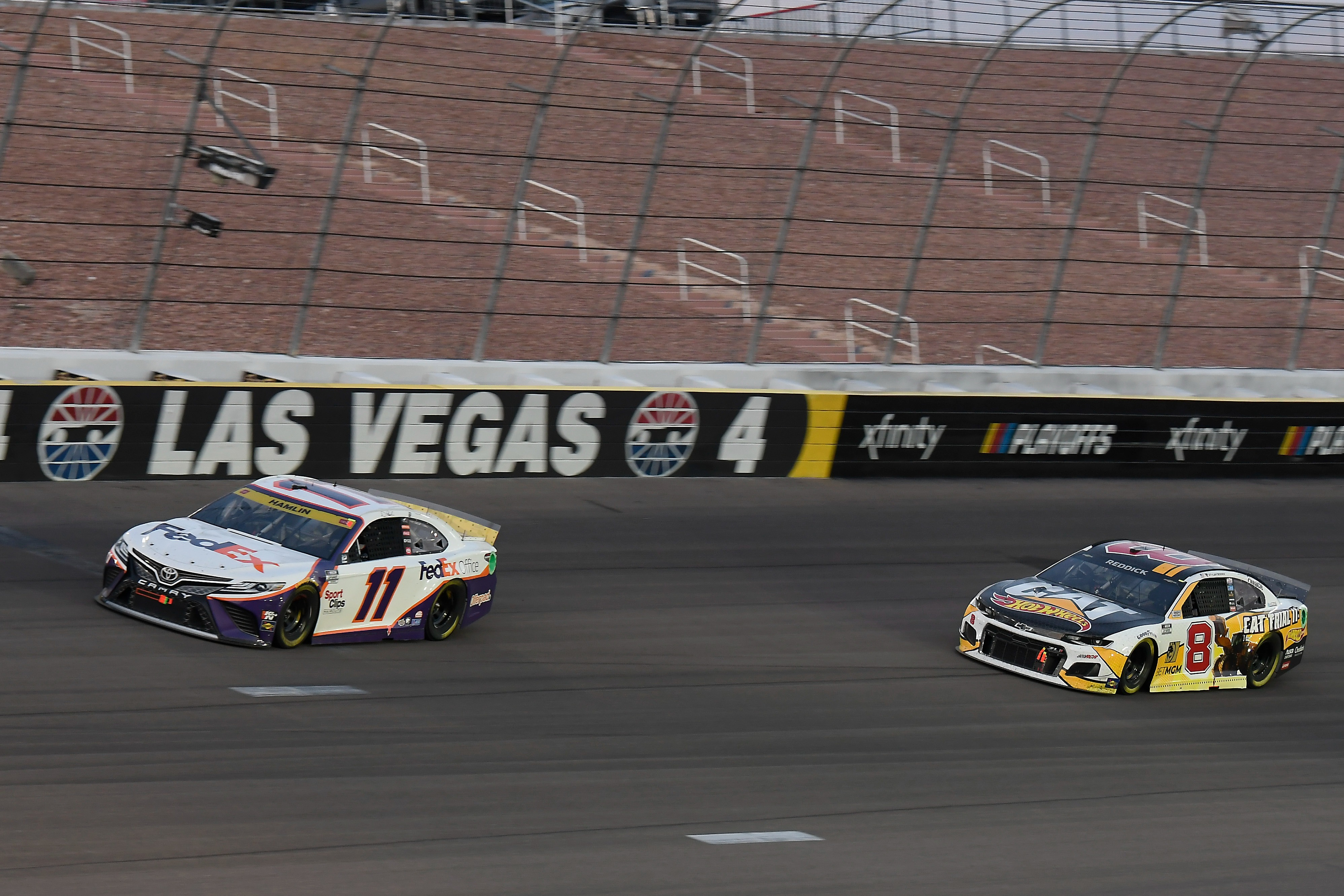 Hamlin now has a safety net ahead of the Talladega lottery

The final round of green-flag pit stops began on lap 210, as several drivers took on fresh tyres and fuel to the end of the race. Hendrick Motorsport drivers Elliott and William Byron pitted on lap 213 together with Blaney, while Hamlin waited until the following lap.

Hendrick's Alex Bowman was forced to pit a second time under green for broken valve stem on his left-rear tyre. He returned to the track two laps down and in 28th.

Byron was forced to pit under green on lap 225 for a flat tyre. Once he returned to the track, he was running 22nd and two laps down.

Once the cycle of stops was completed on lap 229, Hamlin returned to the lead followed by Elliott, Truex, Kyle Busch and Reddick.

With 30 laps remaining, Hamlin remained out front but Elliott had cut his lead to under a second and was quickly gaining ground.

Elliott trimmed Hamlin’s lead to about half-a-second in the final laps, but never got close enough to challenge for the top spot and deny Hamlin his 46th career victory.

Larson continues to lead the playoff standings by 14 over Hamlin. The current last four in danger of elimination following the Charlotte Roval race are Byron, Harvick, Bowman and Christopher Bell.