Furniture Row Toyota driver Truex took control of the first part of the race's final stint and initially built a cushion over another championship rival, Kevin Harvick, while Busch battled to get past Joey Logano for third.

But Truex's performance had faded over longer runs throughout the race, and he again became more vulnerable as the green flag stint wore on.

Though Harvick was first to close in on Truex, it was Busch who became the more dangerous opponent once he had cleared Logano.

With 17 laps of the 267-lap race to go, Busch took second from Harvick and was soon right on Truex's tail.

Kyle Larson then joined their battle, the Ganassi driver - who was not a title contender - having won the first two stages of the race.

But no matter what Busch tried, he could not deprive Truex of the lead, and in the closing laps he had to pay more attention to fending off Larson.

Busch got some breathing space when Larson lost momentum after tapping him and brushing the wall, but he could not get back on terms with Truex, who won by 0.681-seconds to claim his first Cup title. 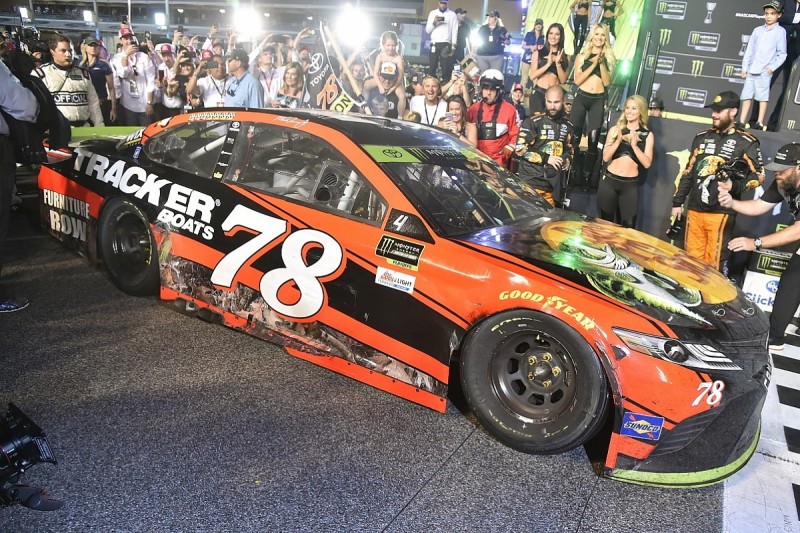 Harvick faded to a distant fourth, while the final title contender Brad Keselowski was not a factor in the deciding stint, as he finished behind Chase Elliott and Joey Logano in seventh.

Matt Kenseth completed what may well be his final Cup race in eighth.

The other famous names departing the field fared worse - Danica Patrick crashed out in a fiery incident that also involved Kasey Kahne, and Dale Earnhardt Jr ended his Cup career three laps down in 25th.