NASCAR says it has welcomed feedback from drivers that its Next-Gen Cup Series car is harder to drive, saying it doesn't want the new-for-2022 machine to be easy to handle.

The first day of a group test at the Charlotte Motor Speedway oval on Wednesday proved eventful, with Austin Dillon crashing his Richard Childress Chevrolet, while newly-crowned 2021 champion Kyle Larson and veteran Denny Hamlin had spins.

Hendrick Motorsports driver Alex Bowman reported that the new car was “real edgy and hard to feel”, saying that he found it difficult to “know how much grip you have - and when it snaps it doesn’t seem like you can catch it as well”.

JTG Daugherty driver Ricky Stenhouse Jr echoed his comments, explaining that his first few laps on the track with the car were “hairy”.

However NASCAR’s senior vice president of racing innovation John Probst said that he wasn't concerned by the comments and welcomed the drivers finding it more of a challenge.

“We don’t want the cars to be easy to drive, we’ve always said we want the best drivers running up front,” said Probst.

“I think if you look at a lot of the changes that we’ve made to the car, a lot of the side-force that used to be in the car is gone so it’s not as forgiving as its been before.

“You saw some of that (Wednesday) morning.” 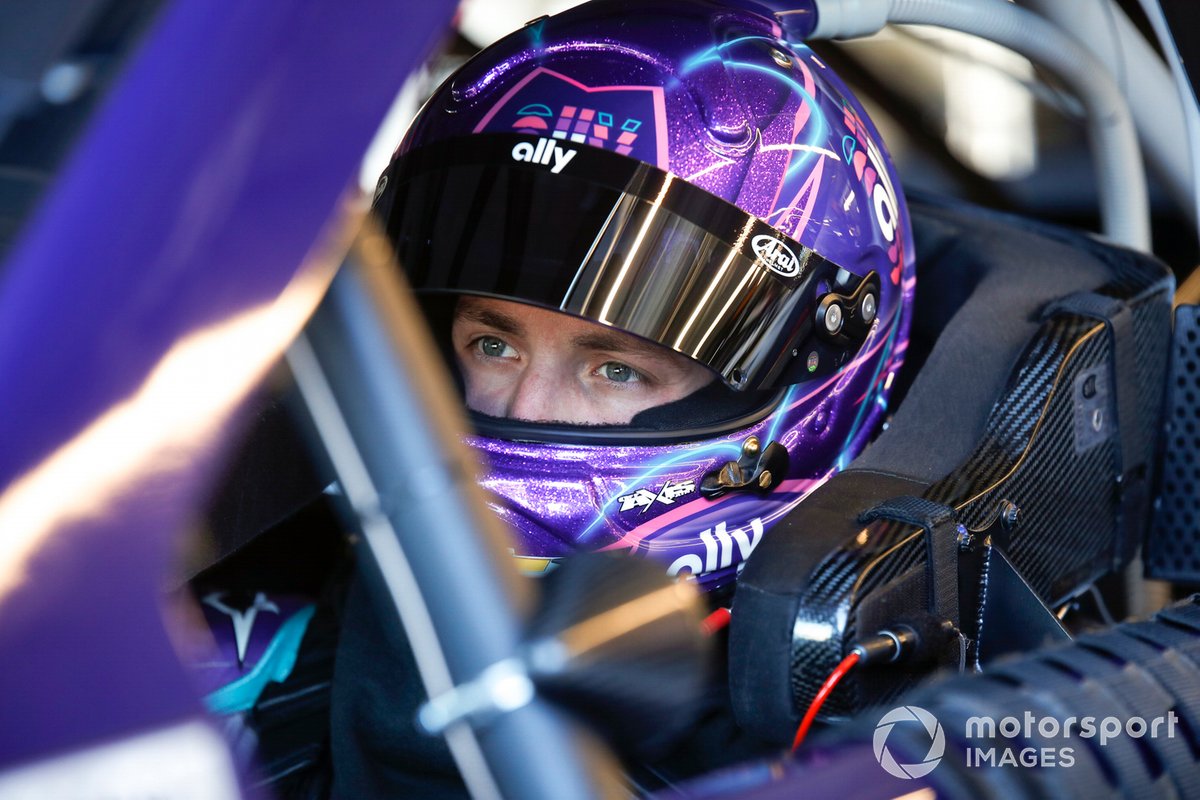 The lack of side-force that comes from the bigger 18-inch wheels, larger tyre sidewalls - which Stenhouse said meant “you just don’t feel things as quick” - and the symmetrical shape of the car has been one of the big changes on the new machines, with Bowman predicting “you are going to see guys crash a lot more” while learning where the limit is.

Responding to the spate of incidents on Wednesday, Probst conceded that the new cars “are a bit edgier”, but predicted that set-ups will improve that mitigate this.

“Certainly with the lack of side-force, that will be something (the drivers) will have to get used to with respect to how the car drives, how it recovers and if it’s loose, how far you can let it go before it slides,” Probst said.

Wednesday’s reported speeds from the test were about 1.5 to two seconds off the pace of this year’s Coca-Cola 600 at Charlotte.

While the speeds were slower – and the lower horsepower noticed by drivers – the differences in the Next Gen car still altered the ability of drivers to push the car to its limits.

Stenhouse said the speeds felt “pretty slow … but when you do have a moment, it actually almost feels like you’re going faster.”

Probst said NASCAR would reduce the size of the rear spoilers during Thursday’s test from 8 to 7 inches to evaluate the corresponding change in speeds (which should be faster).

He added that a change made to the cars prior to this test – the addition of rear window vents to address a heating issue that arose in a previous test at Daytona – are adding drag and slowing the cars.

“We’ll run that and see where it gets us,” he said.