The NASCAR Cup series' decision to make data from all teams more easily available to rival outfits is "absurd", according to Stewart-Haas Racing's Kurt Busch

NASCAR released key information such as throttle, steering and braking traces, as well as rpm data, on its Fan View platform through 2017, but is now making the information easily accessible to competitors in '18 through the cars' ECU.

The move is part of an initiative to lower costs with manufacturers and teams able to learn from rivals' data.

Busch said the series and manufacturers are blaming each other for the change and that there is too much confusion surrounding its implementation.

"It's a hot topic because we used to see the TV display our throttle trace, our brake trace and the steering with a filter that wasn't as accurate as it really would be for a race, but the fans appreciated it," he said.

"Our viewers could understand when those moves were happening from inside the car.

"Now it's filtered and it's so accurate I can see exactly what my team-mate Kevin Harvick is doing on a printout or my tablet that I go and review different race notes about.

"They're saying that the drivers should have known about this, and there's a lot of confusion going on about the data sharing."

"It's sharing all the driver traces, so anybody can see my driver trace any time they want to now," he said.

"That's a big issue with me especially. Some of the other drivers have also voiced their opinion on that. We're still trying to work on that.

"I've spent 13 years in this sport to figure out how to drive a racecar, make it go fast, do the things I do to win races and championships.

"Now you're going to hand all that on a piece of paper to a young driver, they're going to figure it out, as long as they know how to read it." 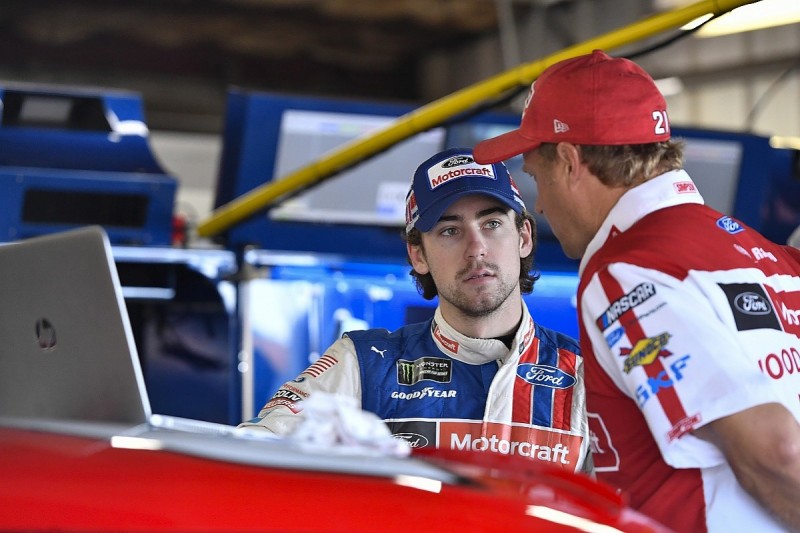 Penske's Ryan Blaney, who is seen as one of NASCAR's next generation, said older drivers have more complaints with the change than their younger rivals.

"I know a lot of veterans are more against it than younger drivers," he said. "Just because it's not what they're used to.

"It's how we've gotten to where we need to be, but I think it's a pretty unique thing and some drivers are for it and some are against it."

Autosport approached NASCAR for comment but had not received a response at the time of publication.