On the 20th anniversary of Dale Earnhardt Sr's death on the final lap of the 2001 Daytona 500, JIM UTTER reflects on his memories of NASCAR's darkest weekend

I'm not sure what surprises me more - that it's 20 years since Dale Earnhardt died or that I have been covering NASCAR racing even longer than that. So much has occurred in NASCAR since I started in April 1998 that it's often hard to remember many details about any particular race weekend.

Sure, I'll remember who won a race, or a particularly bad wreck or sometimes it may be something totally off the wall, like the giant Tropicana Orange that rolled onto the track at Chicagoland Speedway in 2004 during a qualifying session. But I - and I'm sure everyone else who was there - remember so much more from that fateful day at the Daytona International Speedway.

It was only my third time covering the Daytona 500 for The Charlotte Observer. Back then, The Observer had two beat writers who covered NASCAR and would also generally send down at least one photographer and a columnist for the weekend of the 500.

I remember going to the track that year with great anticipation. For one, Dodge was returning to the Cup Series for the first time in 16 years and its drivers had swept the front row in 500 qualifying, with Bill Elliott on the pole.

It was also the first race for NASCAR's new $2.4 billion six-year television package. Having not covered NASCAR very long, it was hard for to me to fully grasp how this deal would change things, but it seemed everyone I spoke to leading up to the 500 that year felt it could be a monumental turning point.

There were other stories creating a buzz, too - such as Michael Waltrip gaining a new full-time Cup ride with Earnhardt's DEI team, Kurt Busch moving up to Cup from Trucks with Roush Racing and it was the first season since 1971 without three-time NASCAR champion Darrell Waltrip in the field, as he had moved to the Fox Sports broadcast booth. 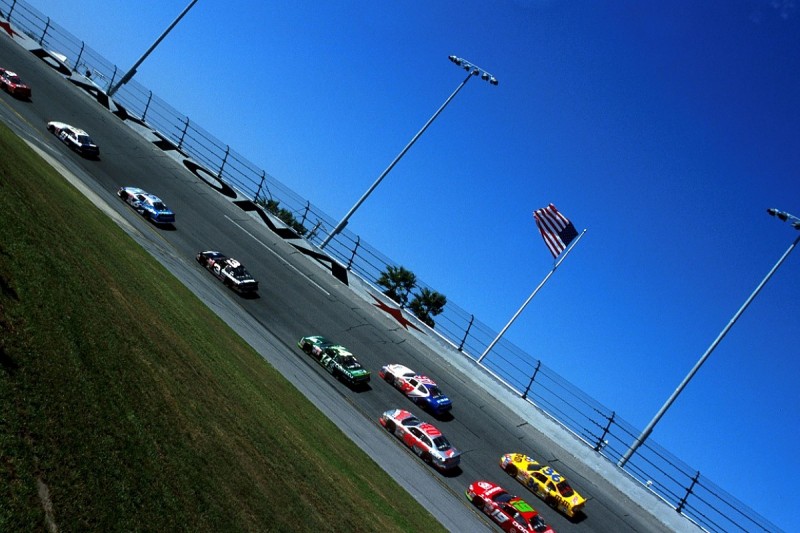 In the days before the 500, I remember attending a very elaborate press function at a hotel on the beach in which Kevin Harvick - then a driver in the second-tier Busch Series - was introduced as future team-mate of Richard Childress Racing drivers Earnhardt Sr and Mike Skinner in the Cup Series. Harvick was scheduled to run a handful of races in 2001, then become the full-time driver of RCR's #30 Chevrolet in 2002.

Race day was warm and breezy, without the concern bad weather may postpone the event. The Dodges of Sterling Marlin (Chip Ganassi Racing) and Ward Burton (Bill Davis Racing) clearly had two of the fastest cars, but Burton was caught up in a massive accident on lap 173 that collected nearly 20 cars and sent Joe Gibbs Racing Pontiac driver Tony Stewart to the nearby Halifax Medical Centre after flipping on the backstretch.

As the race wound to a close, the DEI Chevrolets of Michael Waltrip and Dale Earnhardt Jr had made it to the front, with Earnhardt Sr's RCR machine in third desperately trying to fend off the pack behind, led by Marlin and Ken Schrader (MB2 Pontiac).

The more people I saw after the race, the quieter everyone seemed to be. Drivers and crew members seemed unsure of what to say, or even if to say anything

I prepared to head from my post at the infield media centre to pitroad and the garage area at the race's conclusion, with thoughts of the many cool storylines filling my head. It was while waiting on pitroad that I caught a glimpse of the last-lap wreck near Turn 4 involving two cars - one of which I recognised as Schrader's - while ahead, Waltrip took the chequered flag for his first-ever Cup win (at the 462nd attempt), with Earnhardt Jr and the banged-up Ford of Rusty Wallace close behind.

TV replays showed a hard hit for 'The Intimidator' but, in my relatively brief experience at the time, I had covered much more vicious wrecks - including three fatal NASCAR accidents the previous year. I didn't think at first there was anything particularly serious about this one but, in my short time as a motorsport journalist, I had learned nothing spoke louder at a race track than silence.

The more people I saw after the race, the quieter everyone seemed to be. Drivers and crew members seemed unsure of what to say, or even if to say anything. Nobody was saying why - it just seemed everyone knew something wasn't right.

A cell phone call from my colleague David Poole, who worked in the press box located up in the grandstand, let me know Earnhardt Sr had not yet exited his car and it appeared safety workers were going to extricate him. That certainly was not a good sign, so I returned to the infield media centre and reached out to sources to see if anyone had an idea of just how serious it was. 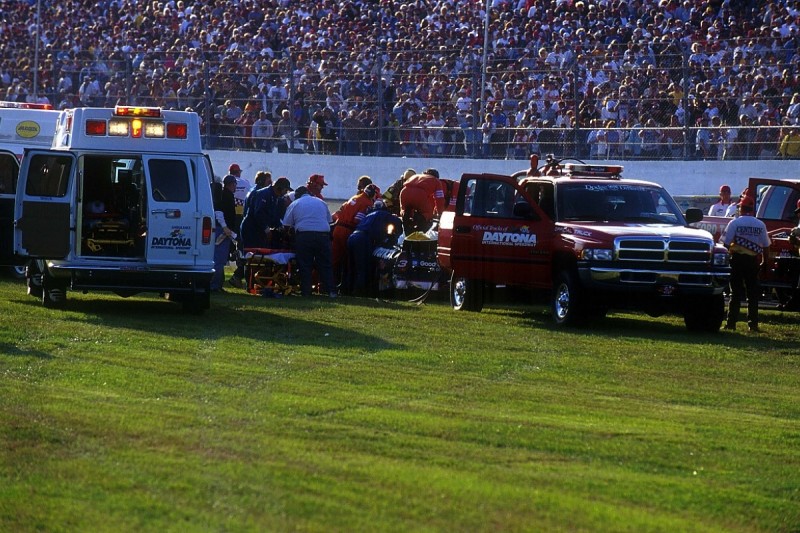 For the next hour or so, it seemed like nobody knew what to do. We all seemed to know what had happened, but until someone officially confirmed it, there wasn't anything to do about it. NASCAR officials had locked the chain-linked garage gate entrance immediately adjacent to the media centre, where more and more media members seemed to be arriving. People were just standing around, waiting, but not exactly sure for what.

Eventually, NASCAR president Mike Helton arrived at the media centre and addressed the crowd. It was a short statement, but I will never forget his last words: "We've lost Dale Earnhardt." I remember vividly the stunned silence of the room and the way Helton's voice cracked as he spoke.

The next several hours were a blur. I don't know when I finally walked back to my car in the media parking lot that night, but I do remember finding it particularly hard to grasp everything that had transpired during that day.

It had seemed like the dawn of a new age in NASCAR. As it turned out, it was. 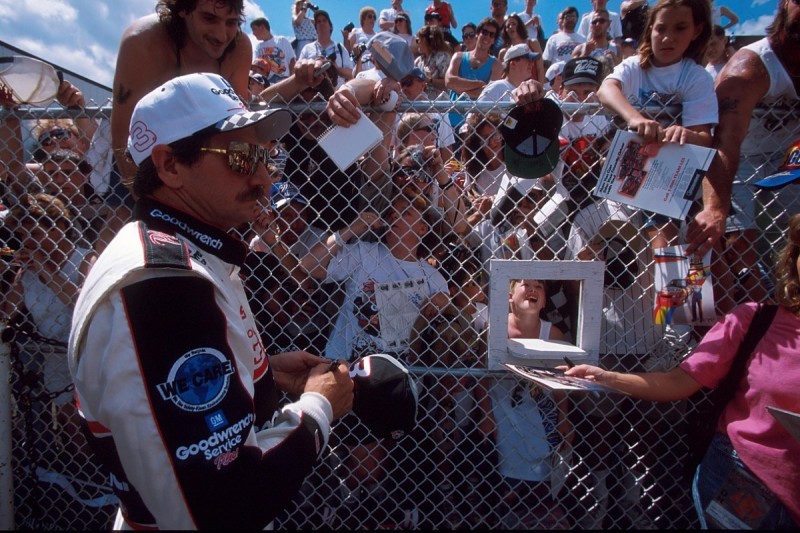