Joe Gibbs Racing driver Truex was tagged by Ricky Stenhouse, but managed to avoid the wall and only fell from the lead to third, and a caution was triggered.

He went on to pass team-mate Kyle Busch and take his sixth win of the season and he has now won the first two playoff races of the year.

When asked what he was thinking during the spin, Truex said: "First thing was 'what the hell', and then just trying to keep it out of the wall, you know.

"I mean, trying to spin it out and get going again.

"Once I realised I wasn't going to hit anything, then it was just hoping nobody else hit me in the smoke, because there was a lot of smoke, and just tried to get it going and lose as little time as possible.

"Luckily we were able to come out of that deal third and come into the pits third and leave the pits third, and because we had a big lead at that point in time, that's really what was helpful.

"Not the way you draw them up, plan them, but added some drama to the race, that's for sure." 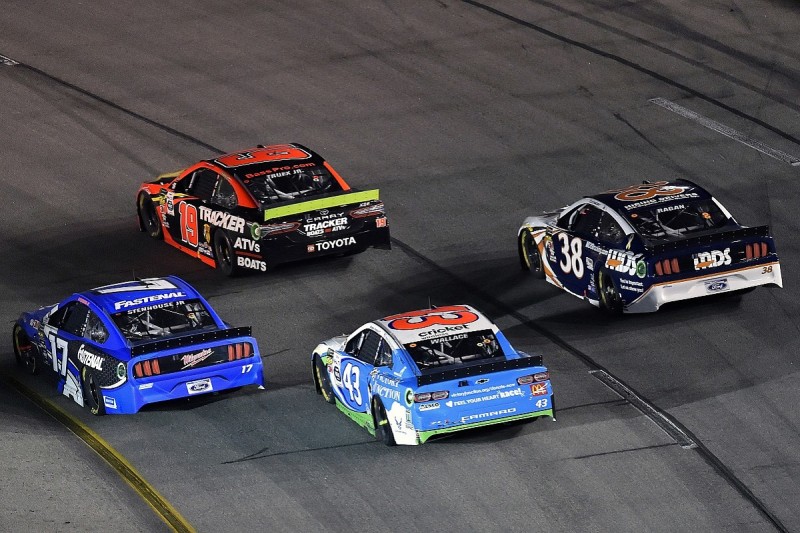 "I think that was a little bit of comfort knowing there was like 80 laps left, so yeah, he did a great job," said Pearn.

"I didn't know it was going to go that well, but slightly less mad at the 17 after that ending for sure."

JGR has now won 15 of the 28 NASCAR races this season and three of its four drivers are in the top five in the points standings.

However, its 1-2-3-4 finish - believed to be the second in NASCAR history - was taken away after a tech infringement following the race.