Truex then won the playoff-opening race to open up a 27-point lead over Ganassi Chevrolet driver Larson.

But Larson puts Truex's advantage down to his and the Furniture Row's performances not Toyota.

"Toyota is good, but honestly, I think it's only the #78 team that's dominant and way better than everybody else," Larson told SiriusXM NASCAR Radio.

"I feel like I out-run Hamlin, Daniel Suarez, Matt Kenseth and Erik Jones every week.

"It's the #78 [Truex] especially and then Kyle Busch, I'm pretty equal with.

"I don't think it's as much as a Toyota dominance as it is a Martin Truex Jr and [crew chief] Cole Pearn dominance right now."

Larson has a series-high average finishing position of 10.8 and has scored 12 top-five finishes, compared to Truex's 11 to date.

"We're right there and I feel like we have closed the gap on them during the summer months, but we still have a lot of work to do," he said.

"I think if we keep putting ourselves in position, like we have, we can steal some wins from those guys."

Larson: Win can wait until Homestead 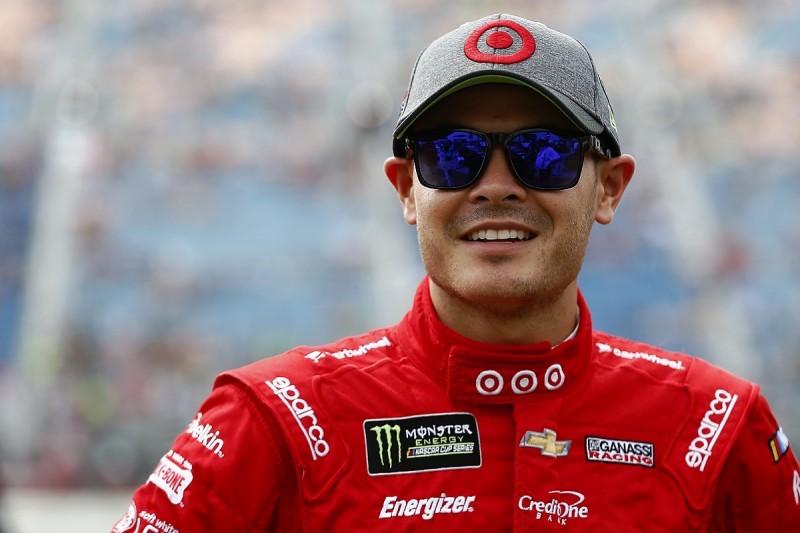 Larson believes that if he can continue to pick up top five finishes in the playoff races, he will not need to worry about victory until the Homestead finale.

"This first round, you don't want to run into any trouble," he said.

"You just want to be smooth and get your nice point days.

"After this round is when business starts to pick up.

"Maybe the points will be tighter for us, so you can be a little more aggressive.

"But if we can keep finishing fifth every weekend we can probably keep going until Homestead.

"I'll take non-flashy top fives until we get to Homestead."

But Larson added that this weekend's New Hampshire race could provide an earlier win, as he finished second there earlier this season.

"We had a great run at New Hampshire earlier this year," Larson said.

"I feel like I have a shot to win there.

"Denny was just better than we were on the short runs. He kind of got out there on me and I ran out of time to track him down and pass him."