Martin Truex Jr "had no idea" how he secured a fourth-place finish in the penultimate NASCAR Cup round of the season at Martinsville after facing multiple issues in the race.

Although Truex ran up front for most of Sunday’s NASCAR Cup Series race at Martinsville Speedway, he never seemed to have quite the speed of his Joe Gibbs Racing teammate Denny Hamlin.

Truex, however, was in a far more precarious situation in points than Hamlin and needed every available position to have a chance of breaking into the Championship 4 - among whom the title will be decided next weekend at Phoenix.

As the intensity among the playoff drivers ramped up in the final 50 or so laps, Truex seemed to find himself beset by problems: he got knocked into the wall one lap by Kurt Busch, he had water spewing out of the front of his #19 Toyota at one point and a large piece of sheet metal caused a tyre rub on his left front.

Appearing in danger of losing out on his title hopes on the final two-lap restart, Truex was forced to pit to allow his team to address some of his damage.

But when most of those ahead of him decided to take the bottom lane, Truex chose the top to move up the running order and hung on to escape with a fourth-place finish.

He edged out Kyle Busch by three points for the last spot in the Championship 4. 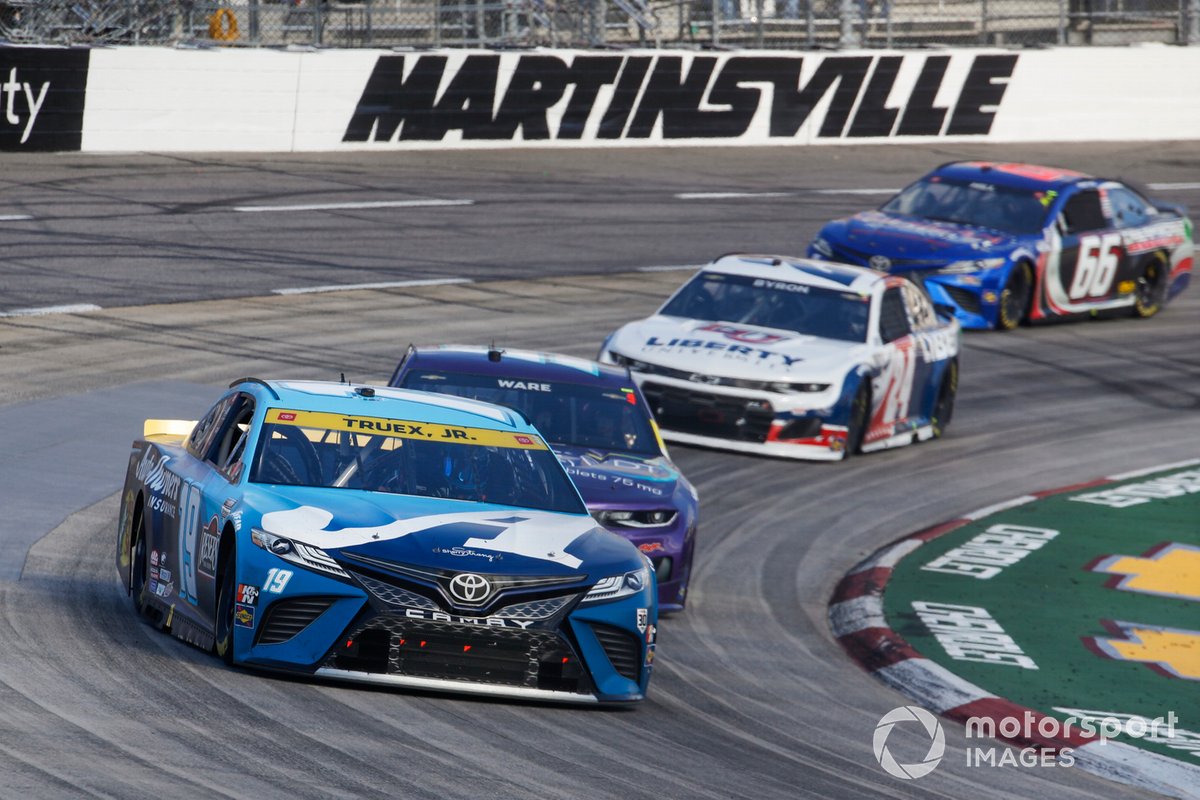 “I have no idea how we finished fourth, honestly,” Truex said.

“I’m going to buy a lottery ticket on the way home. It’s never an easy situation to be kind of on your last run of the race, be in (the Championship 4) one minute and out the next.

“You know there’s not a whole lot you can do other than drive. Worrying about it doesn’t do you any good. You just got to try to go, hit your marks, get the most out of your race car. Luckily, we were able to do that.”

Truex said while he focused mostly on his own race throughout the day, he did see an opportunity to gamble as drivers began choosing their lane for the final restart.

“Everybody took the bottom (lane) and I saw the hole up there (on the top lane) and I was like, ‘I have to go for it,’ and that worked out for us,” he said.

“Just thanks to everybody who helped us all year long to get us to this point.

“Hopefully, we can go to Phoenix and make them proud.”