Truex won Sunday's race at Charlotte having started 17th on the grid, but Harvick ran second for much of the race until he was demoted to third by late race cautions.

Larson initially leapt ahead of Truex with a longer stint in the final stage that first allowed him to jump Harvick before pursuing and clearing the leader.

But a mistake in the pits when his right-rear tyre carrier tripped on the air hose meant he could only finish 10th by extending his final stint.

Larson now trails Truex by 34 points, with Harvick a further three points behind, but Chip Ganassi driver Larson says his pace proved he is a match for the title favourite.

"I felt like we've been better than the #78 [Truex] the past two weeks," Larson said.

"Last week was probably the first time in a long time he hasn't been the most dominant [Truex was fourth at Dover].

"And then he definitely wasn't dominant today. I feel like the #4 [Harvick] and the #18 [Kyle Busch] and I were better than he was."

Harvick agreed that Truex was now beatable, having led a race-high 149 of 337 laps at Charlotte.

"I don't believe they're unbeatable at this point," he said.

"Leading all the laps that we did and doing all the things we did, I feel like we can run with anybody now." 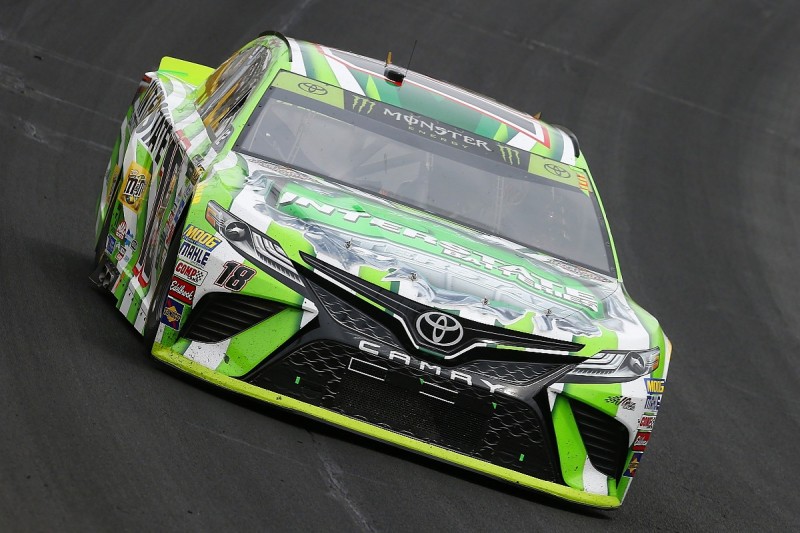 Kyle Busch came into the Charlotte race with back-to-back wins that had put him second in the standings behind Truex, but he is now sixth in the playoffs after crashing during Sunday's race.

Busch hit the outside wall three times at Charlotte, damaging his car's crush panels and forcing the temperature upwards as a result.

With 50 laps remaining Busch radioed his team to ask for medical assistance following the race.

He was cleared shortly after the finish.

"I got heat soaked and felt like I had heat stroke just from being inside the race car for 200 laps with the crush panels knocked out of it," said Busch, who finished seven laps down in 29th.

Busch is relatively secured in the playoffs, with a 12-point buffer to the cut-off.

"It stinks to give up points, we come in here and thought we had a good shot to run in the top 10 and we did and I threw it away," he added.

"We're still above the cut line, but we don't have that cushion that we'd like to have going to Talladega."