Kyle Larson and Denny Hamlin were the pacesetters on the first day of NASCAR track action of 2016, while Jimmie Johnson drew pole for the Sprint Unlimited curtain-raiser

Ganassi Chevrolet driver Kyle Larson led the opening session in a time of 45.148 seconds and speed of 199.344mph, ahead of Kasey Kayne and Hamlin.

That was the day's top speed, with Hamlin lapping in 45.242s and 198.930mph in his Joe Gibbs Toyota as he topped the subsequent session.

Clint Bowyer, in his first outing with HScott Motorsports after the closure of Michael Waltrip Racing, and Aric Almirola completed the top three.

The best times were set when drivers were running in drafting packs, but several chose to focus on single-car runs or sat out practice two entirely.

The Unlimited field comprises the 2015 Chase contenders, any other polesitters from last season, plus active past Unlimited winners and Daytona 500 polesitters, with any remaining spaces filled based on last year's championship standings.

The injured Tony Stewart's stand-in Brian Vickers has been allowed to participate despite not meeting any of the criteria.

NASCAR argued that Stewart-Haas had earned the right to have Stewart's #14 car in the race and should be allowed to retain its place with Vickers at the wheel.

In his first appearance since having to curtail his 2015 campaign early due to a reoccurrence of the blood clot problems that have stymied his career, Vickers was seventh and fourth in Friday's two sessions.

The Unlimited starting order was determined by a random draw on Friday afternoon, from which Hendrick Chevrolet driver Johnson was selected as the poleman.

He will share the front row with Penske's Brad Keselowski.

AJ Allmendinger and Larson line up behind them, with champion Kyle Busch starting ninth.

Prior to the Unlimited race, the first two full-field practice sessions of the year take place on Saturday, when the entire Daytona 500 entry hits the track.

Qualifying for next weekend's main event will be held this Sunday afternoon. 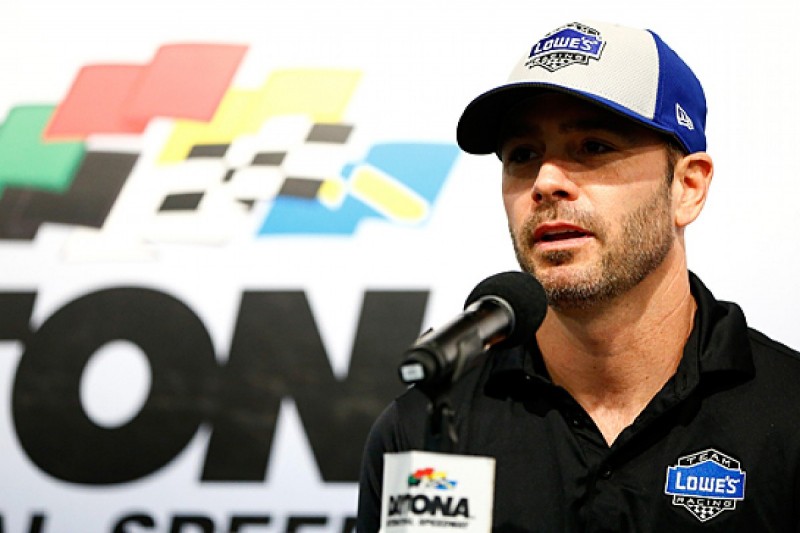 NASCAR to spice up show with introduction of 'overtime line'