NASCAR opted to introduce mandatory spec, Formula 1-style, pitguns for 2018 in a bid to save costs in an area where teams could find advantages with more expensive cutting-edge technology.

The change has created problems on pitroad this season with the series implementing changes after several failures at Atlanta.

Repeated botched pitstops then occurred at Texas, with Kevin Harvick critical of the series.

NASCAR has implemented several cost saving measures, such as reducing the number of over-the-wall pitcrew members, as the series grapples with lower attendances, financially challenged backmarker teams, and a more difficult sponsor market.

But Busch warned that the path towards spec racing and lowering costs could be damaging to the series.

"The rulebook is so thick and there's so many spec aspects coming to our racing to make everything equal to make sure we have parity between the top and the bottom," said Busch on SiriusXM's NASCAR Radio.

"I haven't seen much difference between the top and the bottom over the course of the last 10, 15 or even 40 years.

"You still have the guys that run good, running good, and the guys in the back still running at the back.

"Let's just all be able to go out there, work as hard as we can, and engineer what we can and make our cars go fast.

"If we have to chase and come from behind because somebody has taken advantage of a different part of the rulebook than somebody else then so be it.

"Stop this spec game of continuing to go in that direction, I think it's just making it worse for all of us and not making it much fun either." 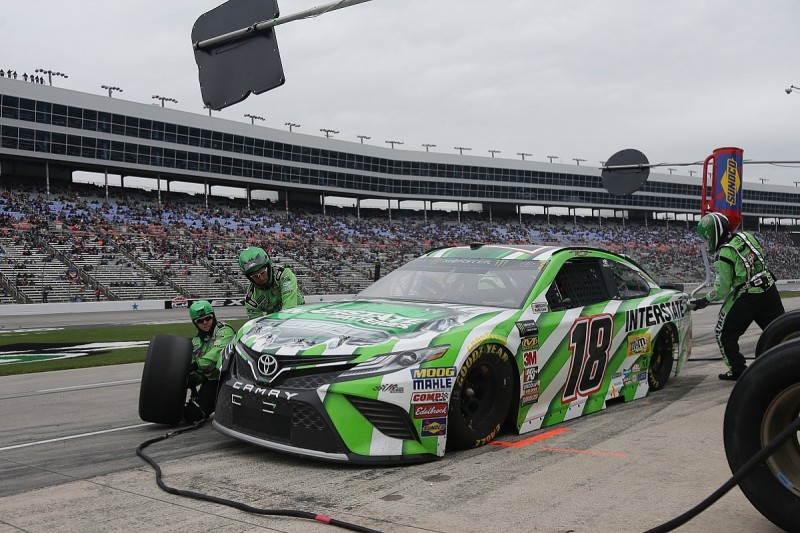 Busch added he does not believe enough is being done to tackle pitgun problems.

"There's a lot of instances this season with the gun [not working correctly] and it doesn't feel anyone is doing much about it," he said.

"Everyone wanted to go and find the cheapest aspect to have a fair and even place in pitstops. I guess the gun was the place to go to and it's frustrating for us [Joe Gibbs Racing] and all the work we did.

"I know it's saving other teams money, they don't have to continue to chase us on the gun aspect."

NASCAR previously told Autosport that it was not convinced that the pitguns were entirely to blame for the problems caused this season.