The six-time Cup series champion's second victory in the first five rounds of the 2016 campaign moved him to 77 wins in NASCAR's top championship, breaking a tie with Dale Earnhardt Sr.

The next three spots are relatively close for Johnson, with Carl Yarborough on 83 wins then Bobby Allison and Darrell Waltrip both on 84.

Johnson's long-time Hendrick team-mate Jeff Gordon reached 93 Cup victories before retiring at the end of last year, placing him third on the list.

Asked if he felt he could pass Gordon's mark before retiring, Johnson replied: "There are a couple 'ifs' in there that are pretty big.

"If I can keep winning like this, how long I can do it?

"I feel like physically and mentally I'm the best that I've ever been in my career.

"So I'm in the space I want to be in, which tells me it makes me want to stick around and do this for a lot of years.

"I've been very, very fortunate to win 77 of these things, which blows my mind on its own.

"It's easy to look at trends and say we win X a year, but at some point that stops, that stops for everybody.

"I don't know when that point is for me. I certainly hope it's not soon. I would love to get to Jeff. But you never know."

Johnson is now 40 years old and in his 15th season of full-time Cup racing.

He believes the aerodynamic changes and substantial downforce reduction for 2016 have played into his hands.

"The car has a lot of movement and sliding," Johnson said.

"With my background, I love that. I grew up racing on the dirt, and I love to slide around.

"The smaller rear spoiler on the car allows the air to change direction and get back down to the ground sooner.

"That's allowing us to get closer to the car in front of us.

"There's less turbulent air in the big packs when there's 10, 15 cars in front of you."

Johnson would need to more than double his win tally from the first 15 years of his Cup career to topple Richard Petty, whose 200 victories make him the series' most successful.

David Pearson is second on 105. 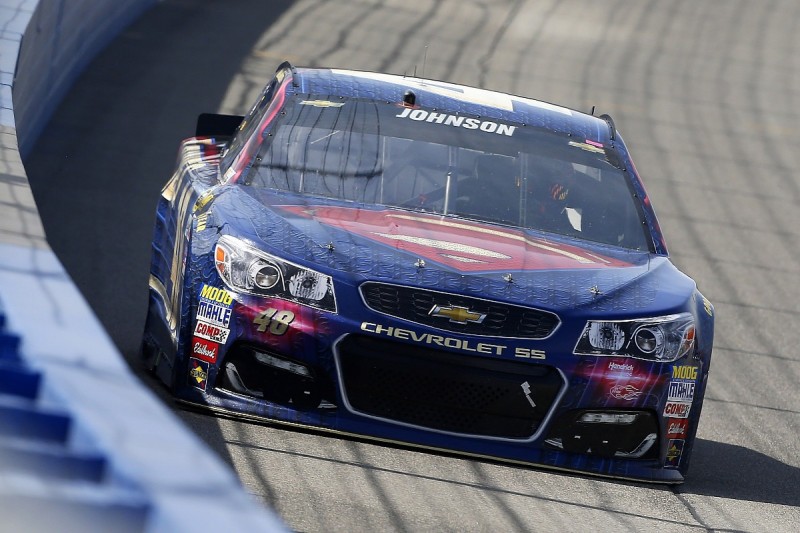