The 46-year-old said that he had originally told team owner Richard Childress that he intended to scale back on his racing at the end of 2014.

He decided to bring the move forward after it became apparent that the funding was not in place to fully support his drive next year.

"The harsh realities are we've gone into next year, [and] there was a lot of funding that wasn't in place," said Burton, who is currently 20th in the standings.

"I had gone to Richard a while ago and told him that at the end of 2014 that I was going to step back and probably not run full schedules anymore and look at maybe running some partial schedules or look at other opportunities.

"So we're just accelerating it a year early to give the team a chance to continue to move forward, to put the funding in place with a really good driver that can go out and be successful."

Burton said that he expects Childress to continue to run four cars next year with his place being taken by a driver who can fully fund the seat, although he refused to reveal any details about whether such a driver has already been signed.

His own plans also remain up in the air, although he said he would like to continue in Cup in some capacity provided that he can find a competitive situation. 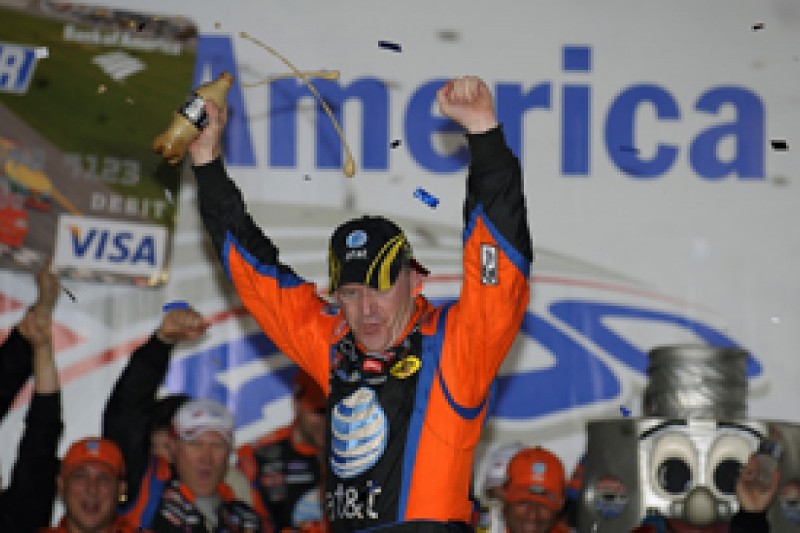 "I don't have any plans, contrary to reports." he said. "I have not spoken to any team. I don't know what I'm going to do next year. We're just going to have to motor our way through it a little bit.

"I still love racing. I still have a passion for it.

"I don't anticipate doing something that I don't think will be competitive. I don't mind building something. Actually, I enjoy that. But at 46, that's probably not something I look forward to.

"So I'd like to be in a situation that can be successful, and I don't mind building something, but it can't be from the bottom."

Burton has won 21 races during his Cup career, the most recent coming at Charlotte in 2008.

Tony Stewart optimistic of recovering in time for 2014 Daytona 500