Almirola fractured a vertebra in a multi-car crash at Kansas Speedway a month ago.

He says his damaged bone is recovering more quickly than first indicated, and that he hopes to be back racing in around a month's time.

"The vertebra that was crushed and fractured shows to be healing really well," said Almirola.

"So they [the doctors] feel like - based on what they've seen - I'll be on the quicker side of the recovery.

"Originally, they told me eight to 12 weeks. I'm aiming - and hopeful - that it will be more like eight."

Almirola admitted he is now eager to return as quickly as possible.

"I didn't mind the first week or so off," he added.

"I was in enough pain that I just wanted to stay at home and sit on the couch.

"But after that when my body started cooperating with me, I was like, 'Oh, man, I'm ready to go'." 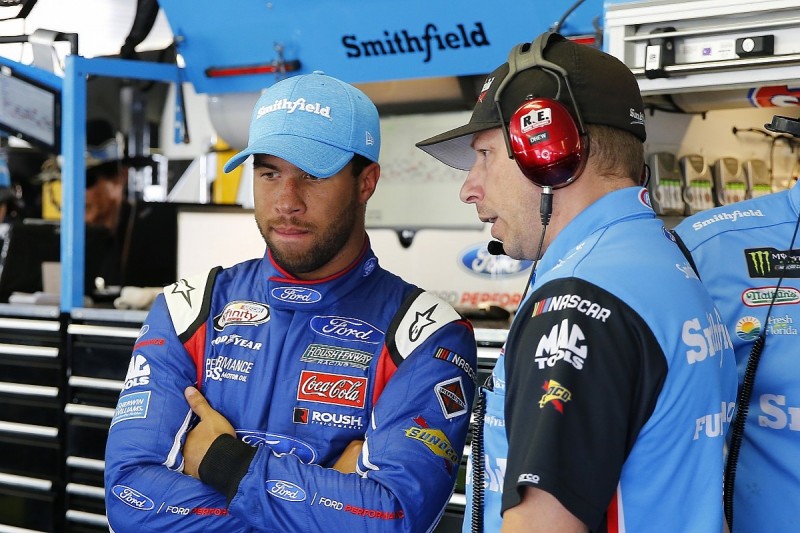 Darrell 'Bubba' Wallace Jr took over from Regan Smith as Almirola's substitute from last weekend's Pocono Cup round, but was frustrated at how his series debut went.

Wallace picked up no fewer than three pitroad speeding penalties on the way to finishing 26th.

"I'm just so bummed out and frustrated with myself," said Wallace.

"I know my family is going to be hard on me after this not to be so hard on myself, but I'm competitive and I want to win races and I want to lead laps.

"Just wanted to have a good showing, and that was pretty tough to swallow. It was just not our day.

"I didn't have everything lined up, and thought I had the right mindset going into it.

"I told our spotter Joel [Edmonds] to be a little conservative to start out with pit road, and we'll creep up to it. I guess we were already there."

Wallace also passed out shortly after the race.

"It's a heck of a way to end my weekend, passing out," he added.