Team owner Richard Childress will drive the pace car at Talladega on Sunday, as Kevin Harvick is set to surpass Dale Earnhardt's number of starts in the NASCAR Cup Series

Sunday's race at Talladega Superspeedway will mark Harvick's 677th career start in the series, one more than the total career starts of the driver he replaced at Richard Childress Racing in 2001, the late seven-time champion Earnhardt.

Nineteen years after Dale Earnhardt drove it to his final #NASCAR victory, the 2000 No. 3 GM Goodwrench Chevrolet is back at @TalladegaSuperS. #RCR50 pic.twitter.com/mSXKV2EYfu

Earnhardt - at the time NASCAR's most popular driver and equal with Richard Petty for the most number of Cup titles - died in a last-lap crash in the 2001 Daytona 500, which was his 676th career start.

The next week, Richard Childress Racing signed Harvick to drive Earnhardt's car - rebranded from #3 to #29 - for the remainder of the year.

Two weeks later, Harvick secured his first series win, outlasting Jeff Gordon in a side-by-side duel to the finish at Atlanta (pictured above). 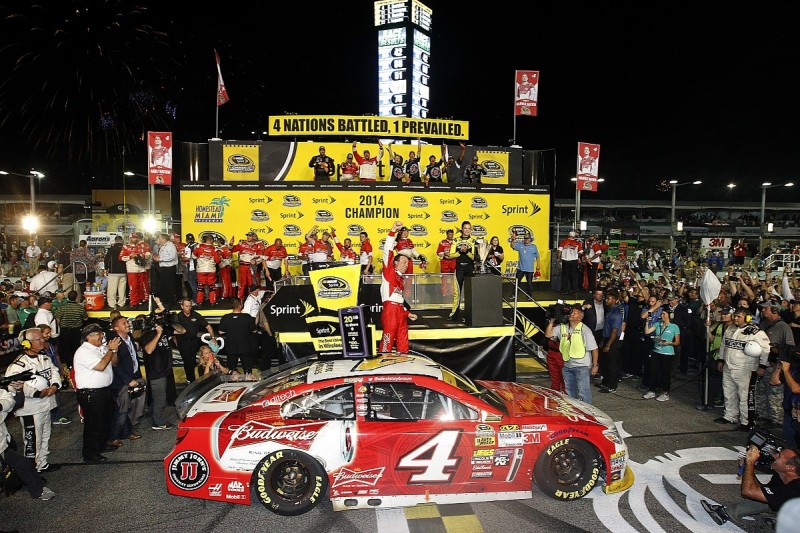 Since then Harvick has gone on to win 48 races, and took the 2014 title in his first season Stewart Haas Racing after 12 seasons with Childress.

"It should make a lot of us standing here feel old," Harvick said on Friday at Talladega about his milestone start.

"I think, as you look back and you don't realize how long it actually has been and - you guys have heard me say this before - but in the beginning it was really hard to understand the magnitude of the circumstances the first couple years.

"Just because you didn't really understand much about what was going on as you got into the second year and really started to understand what happened the year before [with Earnhardt's death].

"Sometimes you do things and then all of a sudden you get past those things and you haven't really taken in all of the things that happen because you just didn't understand them. 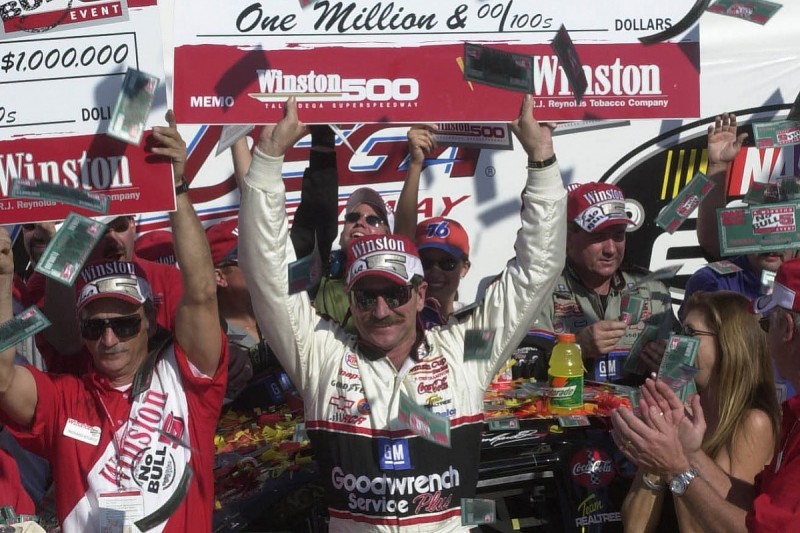 "Really, that first particular year we raced so much and the team protected me from so many things because we were on the road so much and didn't have to really understand the magnitude of it, but there was no hiding from it over an offseason and the next year, as the expectations changed.

"But when you look at, like when I came in, we started racing 36 races and so it happened a little bit quicker than it would have with - I don't know what the total number of years [Earnhardt raced] were - but I'm sure it's more (his career covered 27 years)."

It seems perfect timing that Harvick will surpass Earnhardt's career start mark at Talladega, a track on which the former seven-time Cup series champion enjoyed his most success (10 wins) and won his last race in October 2000 (pictured above).

Childress will pace the field in Sunday's race behind the wheel of the #3 Chevrolet Earnhardt drove to the final victory of his career.

Childress will be joined in the car by Johnny Morris, founder of RCR sponsor Bass Pro Shops. Harvick, now 43 years old, has enjoyed a resurgence of his career since moving to Stewart-Haas Racing in 2014. 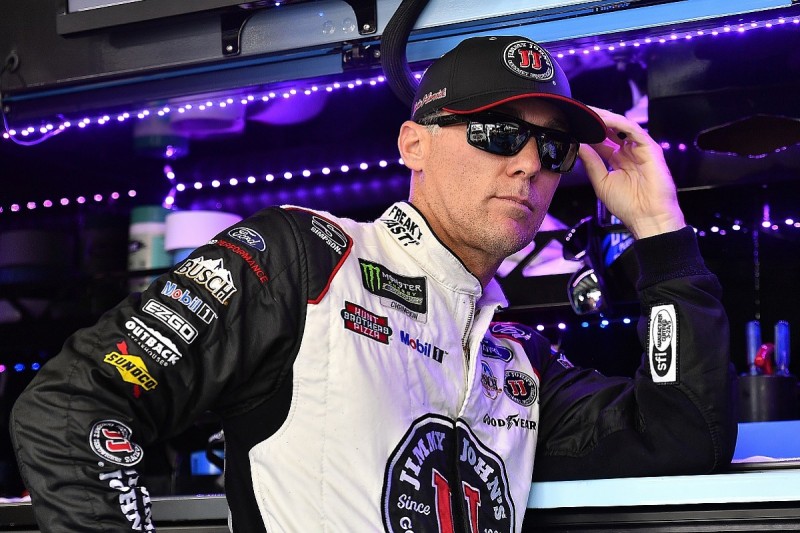 "I consider myself a little bit of a late bloomer with the situation at Stewart-Haas and the championship and the enthusiasm that goes towards continuing to chase after a full season of racing, so I don't see that ending anytime soon, I hope," Harvick said.

"I think as you continue to be successful and with a group of people that you really enjoy being around, for me that is a lot of it and obviously having my family around and now that (daughter) Piper is old enough and having them at the track more, everybody is enthused about racing.

Harvick is currently fourth in the Cup Series standings and on course to graduate to the final eight of the playoffs.

After the penultimate race of the year, the final four will advance to fight for the championship at Homestead Miami Speedway. 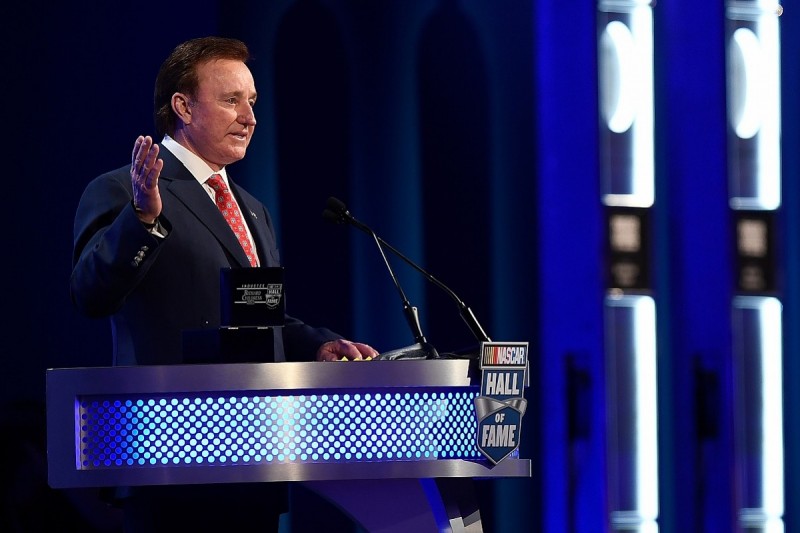 How one win in 76 races could spur a NASCAR title