This victory means that both of Stenhouse's Cup victories have come in restrictor plate races, following the Roush Fenway Racing driver's Talladega win in May.

There was a late sprint for the chequered flag following a red flag stoppage, then three overtime laps after a subsequent yellow.

In the overtime period Stenhouse took the lead from David Ragan, who sunk to sixth before the end.

The race featured several crashes and many tyre failures throughout the field. There was a record 14 caution periods in addition to the red flag. 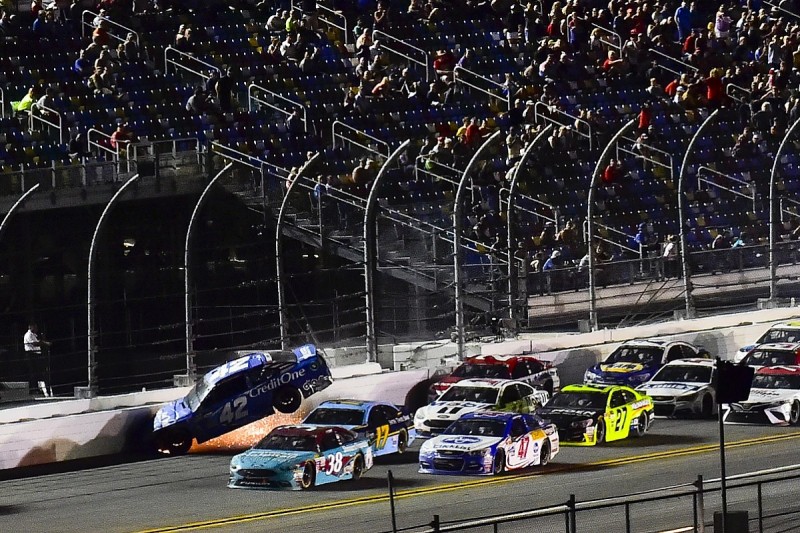 The stoppage came about due to a crash involving points leader Kyle Larson with seven scheduled laps remaining.

Larson had risen to challenge for victory in the late laps but crashed out after contact with Stenhouse; Larson's Ganassi machine was briefly airborne and in total eight cars were involved.

Poleman and Daytona specialist Dale Earnhardt Jr, in possibly his last race at this track, had a frustrating night.

He lost two laps just after the start of stage two, when he nudged the wall and sustained right-hand side damage.

The Hendrick Motorsports driver later got back onto the lead laps thanks to yellows, but then was forced out when caught up in a multi-car accident triggered by Kevin Harvick spinning with a blown tyre. 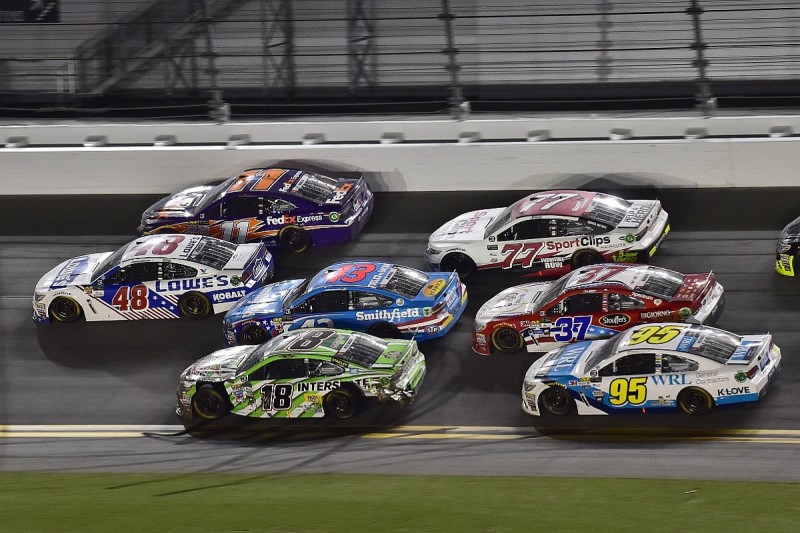 Penske's Brad Keselowski was also involved in the mess, and he later crashed out on his own after another tyre failure.

Harvick's crash was the second pile-up of the race. A spin for Kyle Busch just before half distance, after his left rear tyre rubbed on the bodywork, resulted in a smash involving 11 cars.

Joey Logano, Martin Truex Jr and Austin Dillon were forced to retire while Busch and others sustained damage.

Logano therefore still awaits his first Cup win this season that would qualify him for the Chase, following his 'encumbered win' at Richmond.

Kenseth was in the fight for the win for much of the way, but was caught up in the late crash involving Larson.

Keselowski led much of the opening stage and took the stage one points, repelling a late attack from Earnhardt.