The 25-year-old had a one-race call-up for Sonoma with the BK Racing Toyota team last weekend.

Day has been a frontrunner in NASCAR's European series since 2015 - finishing runner-up to Ander Vilarino in his rookie year and third last season - and is currently second in the '17 standings to Borja Garcia.

The Sonoma race was given live television coverage in Israel as well as featuring in the mainstream national press.

"I hope I'm helping change what people think about NASCAR when they hear about it or read about it," Day said.

"It was difficult to come from there with no racing background, but people there are proud of me and the entire country is supporting me.

"I'm proud to represent my country and want to do well and I know the entire country will be behind me and that's an awesome feeling to have as a race car driver."

As well as being the first Israeli driver to compete at NASCAR's top level, he was also the first graduate of its Euro Series to start a Cup race.

Day said motor racing's profile in Israel has risen a lot since he first starting competing.

His single-seater career took him as far as a part-season in what was then the F3 Euro Series in 2011 before a sportscar stint that included an FIA GT race win at Zandvoort alongside Maxi Buhk in an HTP Gravity Charouz Mercedes.

"I started racing in 2002 in Israel and there was really no motorsports presence there and now they just built their first racetrack in 2017," he added. 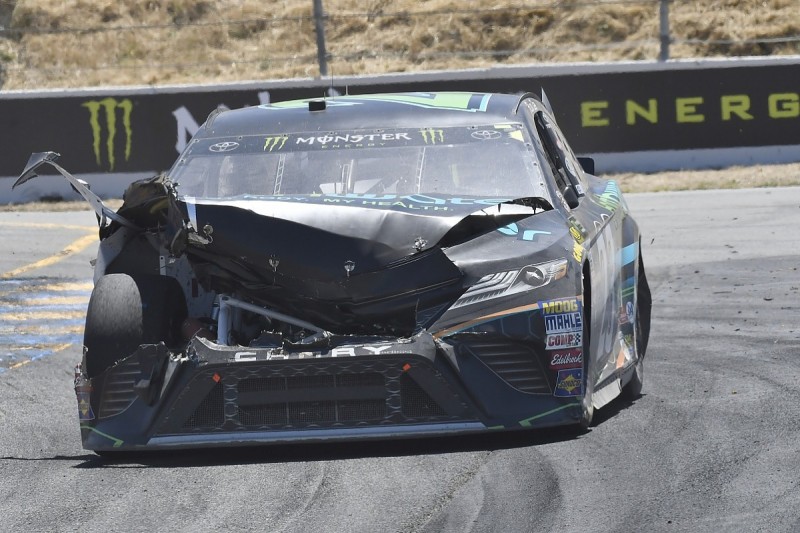 Day was second fastest of the five Cup debutants at Sonoma, qualifying 32nd.

His race was spoiled by car-damaging contact late on and he finished in the same position.

"Clearly it didn't go as we wanted, but that's racing and it simply was a fantastic experience, on and off the track," said Day.

"The first two stages went really well for us, but being involved in a crash that cost us the front half of the car really hurt our race.

"The crew did an amazing job to keep us running and we gained precious experience."