The number of past champions and veterans losing NASCAR Cup drives is a symptom of declining sponsor interest and drivers having been overpaid, reckons Dale Earnhardt Jr

Monday's news that Hendrick Motorsports was dropping Kasey Kahne for 2018 with a year left on his contract followed Stewart-Haas Racing's decision not to take up 2004 champion Kurt Busch's deal for next season and Joe Gibbs Racing replacing '03 champion Matt Kenseth with Erik Jones.

Hendrick has already decided to promote its test driver Alex Bowman to take the retiring Earnhardt's seat next season.

"A lot of these young drivers are taking smaller contracts," Earnhardt said.

"There's been a major shift in how much drivers are getting paid.

"How they're getting paid obviously changed with the new agreement [charter system] we had a couple of years ago. Drivers started taking more of the [prize money] purse.

"I don't know everybody's contract situation, but there is less of a base and it's more purse-driven.

"You've got a lot of young guys coming in being offered and accepting contracts that are a fifth to a tenth of what veterans are getting paid.

"And that's money that can go into the team."

Kahne's future at Hendrick became uncertain when the team lost sponsors affiliated with his #5 entry, and Earnhardt - himself a team owner in NASCAR's lower tiers - said that was a trend. 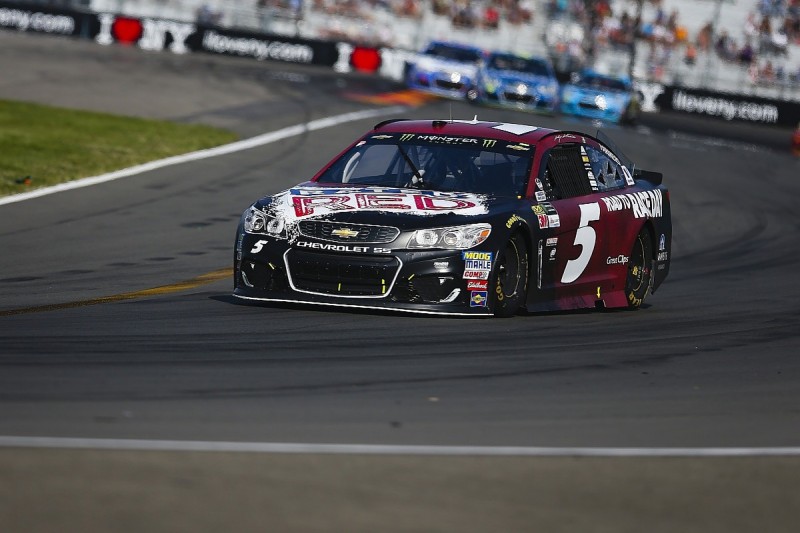 "These sponsors aren't giving teams the money that they used to," Earnhardt said.

He believes the current situation is a delayed consequence of the recession in the last decade.

"It took a while but when we had our major reset when the recession hit and everything sort of changed and the value of everything changed.

"The trickle-down effect I think is coming down through the drivers' contracts and it's making a big difference in the decisions these owners are making.

"You can't pay a driver five to eight million dollars a year if you've only $10million worth of sponsorship. That ain't going to work.

"Drivers are having to understand that change is coming down the pike.

"And the young guys, they don't know any better. They want to race and they're taking whatever they can get. That's a good change for the owners."

"Somewhere in a quote years ago, I do believe I admitted to being overpaid," he said.

"But I wasn't going to complain.

"That's a shift that's going to be better for the sport and get those salaries into a realistic range for how much money we have from corporate America."