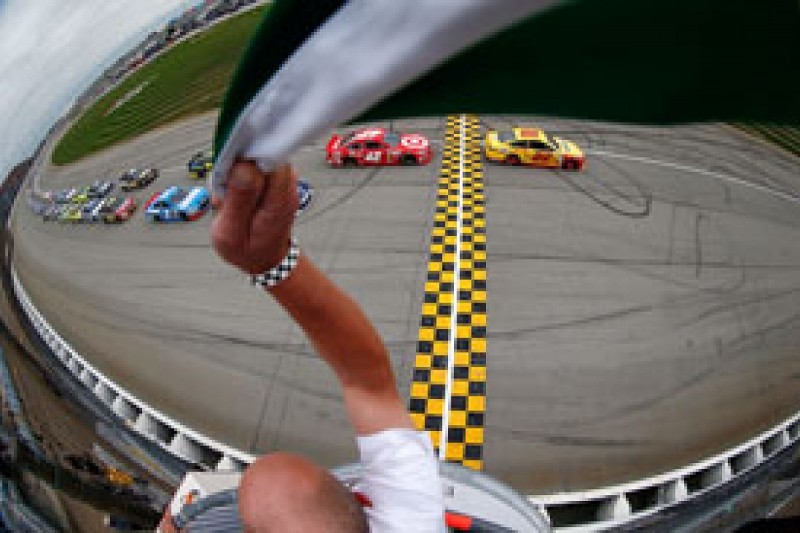 Scheduled to commence just after 2pm local time, it was over two hours later that the race actually got underway as the track required drying from earlier rain.

It then ran to lap 109 of the scheduled 267 laps before another rain shower intervened.

This passed over quickly and track-drying work began, only for the rain to then set in much more heavily.

The field is now waiting on pitlane to see if the race can resume or will be postponed until Monday.

The event is currently 25 laps shy of the 50 per cent distance mark that will allow an official result to be declared.

The latter led comfortably from pole before losing positions as others changed only two tyres at the first pitstops.

Jimmie Johnson emerged as a dominant force in the next stint, but slipped back at the second pitstops when a NASCAR official mistakenly prevented the Hendrick Chevrolet leaving his bay due to a suspected lugnut problem.

Although the observer quickly realised he had made a mistake and tried to wave the car out again, the confusion extended the stop to nearly 20 seconds.

Johnson is now fourth, ahead of Kyle Busch.