Calls for NASCAR All-Star to move after poor 2017 race

The event has been held at Charlotte every year since its creation 1985, bar its second running that took part at Atlanta (1987 race pictured below).

Early pacesetter Kyle Larson suggested NASCAR could mirror other top American sports and hold the race at different venues each year, to increase excitement and open the event up to new fans.

"You look at other sports, their All-Star games switch venues all the time," said Larson.

"It's the same game, so it didn't really make a difference other than the venue.

"It would open up different fanbases to come see a big event.

"You're not going to get many people from the West Coast to fly out here for the All-Star Race, I don't think.

"It would be cool to have an All-Star Race in Fontana or Vegas or Sonoma, road courses, anywhere, switch it up every year.

"I think you'd get more fans come to it. It kind of makes the race more exciting again.

"For us, I think it's really cool to change the venue.

"I don't know if racetracks could bid on the All-Star Race or bid on the final race of the season." 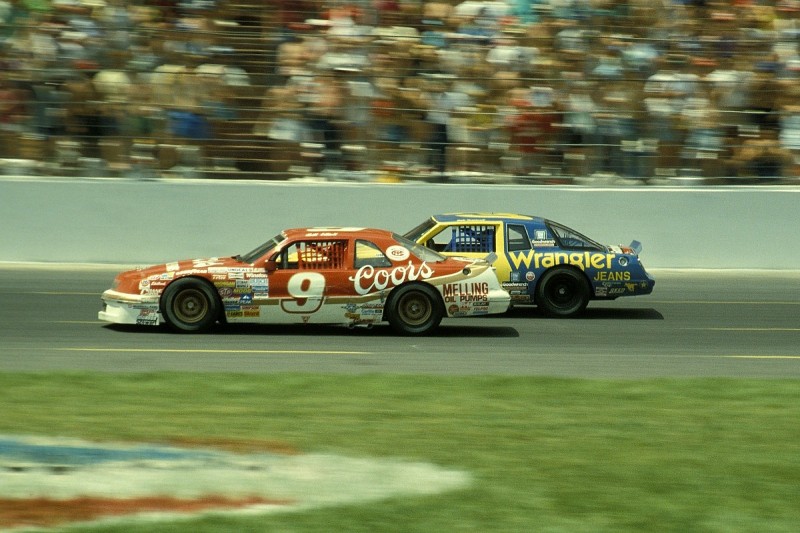 Current champion Jimmie Johnson was conflicted over the idea, feeling it would be hard to take the race away from Charlotte.

"I've had so much success here. I love being at home," he said.

"I'm really torn on where to go with it.

"I think Charlotte Motor Speedway works as hard as they possibly can put on a great show.

"They're open-minded to any and every idea.

"But mile-and-a-half [ovals] do put on a certain style of racing, so I don't mind whichever direction it goes.

"I'd be sad to see it go because I've won so many All-Star Races here, and I would naturally want to pick one of my best tracks to have it go to."

Some fans have called for a move to short-track ovals to increase the excitement, and Johnson understood this suggestion.

"There's some that argue 'line us up at Bristol for an All-Star Race and we'll have the wildest night of racing you've ever had in your life', or Richmond, something like that," he said.

NASCAR is making one change ahead of Sunday's Cup race at Charlotte, adding VHT resin to the high groove in the hope it will entice drivers to try that line, something that did not happen during the All-Star Race.

That idea had previously been tried in the Bristol Cup round earlier this year.