Cindric will dovetail a select schedule at Cup level with defending his Xfinity crown in 2021 will drive the #33 Ford Mustang alongside team regulars Brad Keselowski, Ryan Blaney, and Joey Logano, before graduating to a full-time drive in 2022 at Penske-affiliated Wood Brothers Racing.

However, due to the ongoing COVID-19 pandemic, NASCAR has decided that - bar only a few high-profile events, including the season-opening Daytona 500, the new road courses and the championship race at Phoenix - there will be no practice or qualifying before the race, as was the case after the season restarted in May last year.

As a result, Cindric, the son of Penske president Tim, will suffer from a lack of seat time at the majority of his schedule, and believes any further races he partakes in will see him struggling to "not go a lap down before the first caution."

"I have sort of compartmentalised my Daytona 500 as a separate programme than the rest of the races we are going to try and run," he explained to media including Autosport.

"Obviously that schedule is still to be determined, but for those races we are going to try and run, if we are able to get in, those will be a challenge. 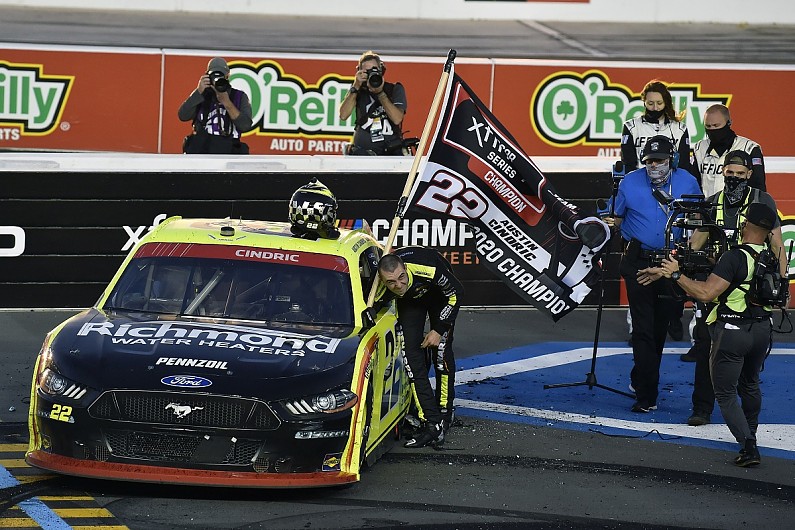 "I think the first challenge, we will be starting at the back, and try not to go a lap down before the first caution."

"[We'll try] and squeak a result out of it either way, I feel like I will be able to gauge of my strengths and weaknesses moving forward into a full season in 2022, and that is the number one goal, to figure out where I am in those regards, but otherwise for Daytona, it is a challenge for sure."

With the race on the Daytona superspeedway being one of those to feature a practice session, Cindric believes prioritising efficiency will be key in the allotted time.

"In that 50-minute practice session we are going to have be really, really efficient, [and] a red flag could really screw up our day, our prep work, or at least make it a bit more blind," he said.

"So, I am hoping for a green 50 minutes, being able to make it efficient as possible."