Denny Hamlin has shed light on how he'll split his workload between racing for Joe Gibbs and be co-owner at the new 23XI Racing squad in the NASCAR Cup Series.

Hamlin, a triple Daytona 500 winner who is also seeking a third consecutive win the Cup Series' showpiece event later this month, will combine driving duties in the #11 Toyota with running a team of his own concern along with NBA legend Michael Jordan.

23XI Racing, which has signed Bubba Wallace to be its sole driver, will enjoy a technical alliance with Hamlin's JGR outfit with trusted Hamlin lieutenant Mike Wheeler brought on as crew chief.

It is not uncommon for Cup drivers to also run teams in the lower ranks of NASCAR, such as Xfinity or Trucks, with Hamlin's Gibbs team-mate Kyle Busch commonly turning out for his own team in both junior championships.

However, 44-time race winner Hamlin will become the first driver to race in the Cup Series against a car which he is a part-owner since Tony Stewart in 2016, when the three-time champion competed in his final season for Stewart-Haas Racing.

"From my standpoint, I am really looking forward to going to the track, and concentrating on one thing, and that is being a race car driver and getting the most out of it," said Hamlin.

"For myself, I've felt like February 1st was the date where I was kind of done with the day-to-day for 23XI and I just think my focus is now on the #11 team and how we can win a lot of races and win a championship. 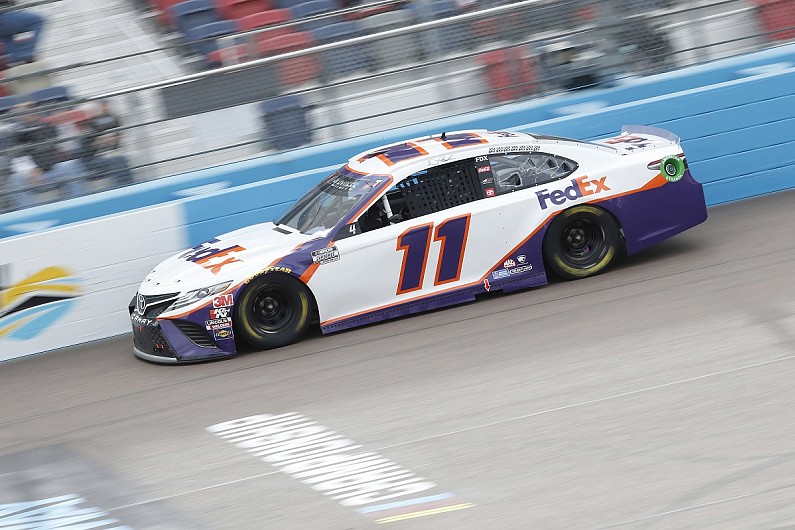 "That's ultimately going to be the best thing for me in the long run, is to continue to be successful, and that will be a good thing for my race team as well.

"As long as I keep my on-track success, I can continue to be an asset and that is something that is good for them [23XI].

"This is where my focus is now. I'll spend a day, a day-and-a-half during the week, that I would typically have off in the middle of the week, to concentrate on 23XI, but my preparation time, my post-race time will be unchanged here on the driver's side."

Given Jordan's high-profile status, and the fact he is from a demographic historically adverse to NASCAR's white-dominated scene, Hamlin is also optimistic of the positive change 23XI can bring about, in view of the series' push in the last year to increase diversity, representation and create a dialogue with minorities.

"This is a platform that is a bit different, Michael Jordan has this huge following, and that following is now having an interest in NASCAR," explained Hamlin.

"We have a lot of people that had probably never attended a NASCAR race before that will now probably go.

"It is running a race team, but it is also about a bigger message.

"It starts from the executive side, we are extremely diverse, so I really believe that hopefully we can continue to push change and make this sport even more inclusive.

"I think NASCAR has done a phenomenal job. They did great job last year with everything that went on, with the Confederate flag ban. They are really pushing boundaries that they've never pushed before and certainly, if that opens up the fanbase for NASCAR, that is going be better for everyone."