The reprofiled backstretch chicane at the Charlotte Roval will be 30mph slower, but more challenging and better for racing - reckons the first NASCAR Cup driver to try the layout.

Leavine Family Racing driver Matt DiBenedetto, who has become a frontrunner this year following his team's technical tie-up with Joe Gibbs Racing, drove a pace car around the new configuration earlier this week.

Although the chicane has not yet been properly installed, its layout was simulated using cones.

The backstretch chicane's original layout was 32 feet wide at its widest point, while the new version will be 54 feet at its widest point and will feature additional run-off areas for the NASCAR championships' second use of the infield road course.

"It's definitely going to be more of a challenge - I'm guessing you'll be going 30mph slower - so it's a drastic change, but it's better for the race," DiBenedetto said.

"This one being on a full straightaway is what will create a really hard, straight-line braking zone. 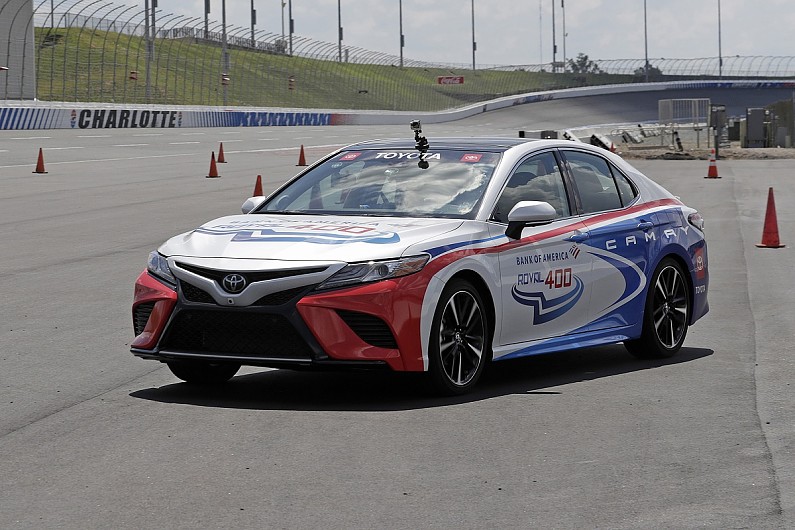 DiBenedetto admitted the change caught him out even on the pace car laps.

"I almost drove it in too far and blew through where we have the cones right now set up," he said.

"It just sneaks up on you so quick, it's so different to last year. I think it's going to be really, really easy to carry too much speed in there.

"You can definitely miss your braking zone, it's so sharp on entry that it's going to make it more of a challenge.

"You can try to get a run on it through oval Turns 1 and 2 coming down this backstretch and you'll try to outbrake the person and that will create excitement and we'll see who's most brave.

"Someone is going to have to give by the time you get to the chicane - two people aren't going to fit through there."

The Cup and Xfinity Series race on the Charlotte Roval on the last weekend of September, with the event forming the cutoff race for round one of the Cup championship playoffs.