NASCAR Cup Series team owners would be "idiots" not to sign Matt DiBenedetto, according to Bristol winner Denny Hamlin - one of several frontrunners backing the axed Leavine Family racer.

DiBenedetto had previously talked of his "fight" to keep his seat at the single-car team Leavine team, which has been boosted by a tie-up with Hamlin's squad Joe Gibbs Racing this year.

But ahead of the Bristol race, LFR informed DiBenedetto - who has scored five top 10 finishes in the last nine rounds - that he would not be retained for 2020, amid suggestions it will run JGR protege Christopher Bell instead.

At Bristol Motor Speedway on Saturday night, DiBenedetto battled into the lead before Hamlin chased him down and snatched first place with 11 laps remaining.

"Matt's a fantastic driver, I have no doubt in my mind that he's going to land on his feet, better even than he is right now," Hamlin told NBC afterwards.

"If he isn't then all you car owners are idiots.

"I hate it because I know everyone is behind him, I'm behind him, I financed his racecar two years ago in Phoenix when he did an Instagram video, he didn't have money to go to the racetrack. 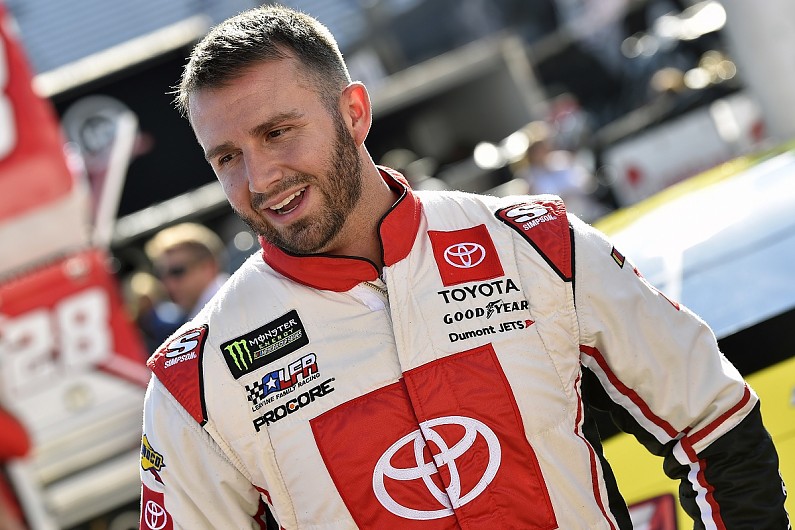 "That led to him getting a sponsor for six races from a poker company because they saw my tweet.

"I care for Matt and really hope he ends up where he should."

DiBenedetto's emotional interview after the race sparked support on social media, including from fellow drivers such as Hendrick Motorsports' Chase Elliott - who tweeted "add me to the list of @mattdracing fans. I know the feeling of being that close but that doesn't happen by accident. Sure hope he lands somewhere good".

A very emotional interview from @mattdracing.

After the news hit earlier this week that he was losing his ride at Leavine Family Racing, he posts a runner-up finish at @BMSUpdates. pic.twitter.com/4fmKjf1VAO

A win for DiBenedetto would have thrust him into the drivers qualifying for the playoffs title shootout, and removed one of the spaces for non-winners decided by points.

Daniel Suarez currently holds the last of those positions in 16th in the championship, so would have been hit hard by a DiBenedetto victory - but still came out in support of him.

"In a way I'm kind of lucky that he didn't win but I wish he would have won the race because he's an amazing driver," said Suarez.

DiBenedetto said his impending exit from LFR had not made him any less keen to win for it.

"I wanted to win so bad for these guys, for this team, for them giving me this opportunity," DiBenedetto told NBC after the race.

"To be racing door-to-door with him at Bristol, in front of a great group of fans... I'll try not to get emotional, but it's been a tough week.

"I just want to stick around and keep doing this for a long time to come. I love it. I love the opportunity. I'm not done yet."