Kurt Busch posted the fastest average lap speed in practice at 168.445 mph, which is nearly 4mph faster than the track qualifying record of 164.444mph set in 2014 by Brad Keselowski.

This is the Cup series' first visit to Dover International Speedway with this year's new aero package, which includes increased downforce.

Kyle Busch, who was 11th fastest in the session, admitted he was concerned both on safety grounds and because of the impact the speeds would have on the quality of the racing.

"It is really fast," he said. "Probably, I don't know, probably too fast for here.

"The faster we tend to go in the middle of the corner doesn't always produce the best racing. We will see how that translates.

"It is going to be big numbers in qualifying obviously. But we will see how that translates into the race.

"I am not overly excited about it. We will just have to fight through it and see what happens."

Busch said during practice qualifying laps he was never fully off his throttle.

"Lot of on-throttle time. You are never all the way off of it," he said.

"The IndyCar guys were flying around here, and they don't come here anymore because it was too fast, too dangerous for them.

"Eventually there comes a point where it becomes too fast for a stock car too.

"Whether that is or not, I guess that is people other than myself to think."

Asked if speeds at Dover were approaching a 'danger zone', Busch replied: "No question."

Speeds during Friday's qualifying session are likely to be even higher, with NASCAR moving to single-car qualifying this week - which at Dover will include the faster of two laps.

Teams typically do not fully trim their cars out for single-car runs until the qualifying session. 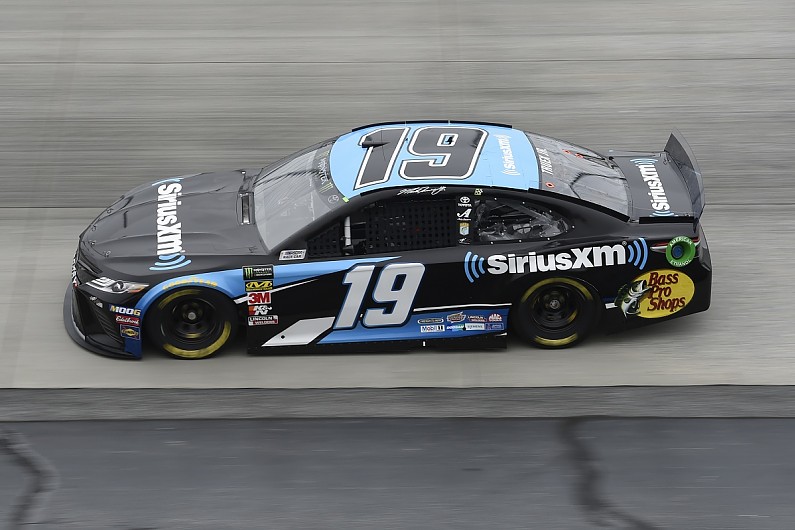 "I can't explain to you how fast it feels, it's pretty hairy out there," said 2017 champion Martin Truex Jr.

"A pretty wild ride, a lot of fun, but you really have to attack and we went faster every time we hit the racetrack without really doing a whole lot to our car.

"We're just trying to figure out where the limit is because it's something we just haven't done here before like this.

"Typically, I'm at my best when the track slows down and gets rubbered in, so this is a pretty extreme situation of a day for me trying to get ready to qualify."

Nine-time Dover race winner Jimmie Johnson said he was less concerned about the speeds from a safety standpoint but more so in regards to how Sunday's race will play out.

"As far as the type of racing we'll see on Sunday, I am nervous about that. The faster we go, the
harder it is to pass and the wider the racetrack needs to be," he said.

"The critical areas around this track are pretty narrow. And there's really one groove around the bottom most years I've been here.

"So, the tall spoiler, the higher speeds, I think that's going to make it very difficult to really pass the car in front of you."