Martin Truex Jr has vowed to prevent Joey Logano from winning the 2018 NASCAR Cup title after their last-corner collision while fighting for Martinsville race victory.

Truex had taken the lead from Logano on the penultimate lap following a long side-by-side battle, but they made contact when Logano tried to repass at the race's final corner.

Both slid sideways, with Logano gathering his Penske Ford up in time to cross the line first but Truex falling to third as Denny Hamlin nearly passed both.

Truex gave a thumbs down sign as some of the crowd booed Logano afterwards, and hinted at retaliation.

"He won the battle but he ain't winning the damn war," Truex declared. "That's it.

"I was next to him for six laps, I never knocked him out of the way. We were going to race hard for it in my book.

"And I cleared him fair and square. We weren't even banging doors for me to pass him.

"He just knocked me out of the way. Yeah, it's short track racing but what comes around goes around."

Truex's crew chief Cole Pearn exchanged words with his counterpart on Logano's car, Todd Gordon, in the pitlane after the collision.

Pearn joked that he was "happy I don't have a baseball bat or a jackhammer right now" and admitted "I used a few choice words that I probably shouldn't have, but it's racing, it's competitive and you care about it".

He added: "We put our whole lives into this, and when it comes close, you get emotional for sure."

Reigning champion Truex's Furniture Row team is closing down at the end of the season, and he will move to Joe Gibbs Racing for 2019. 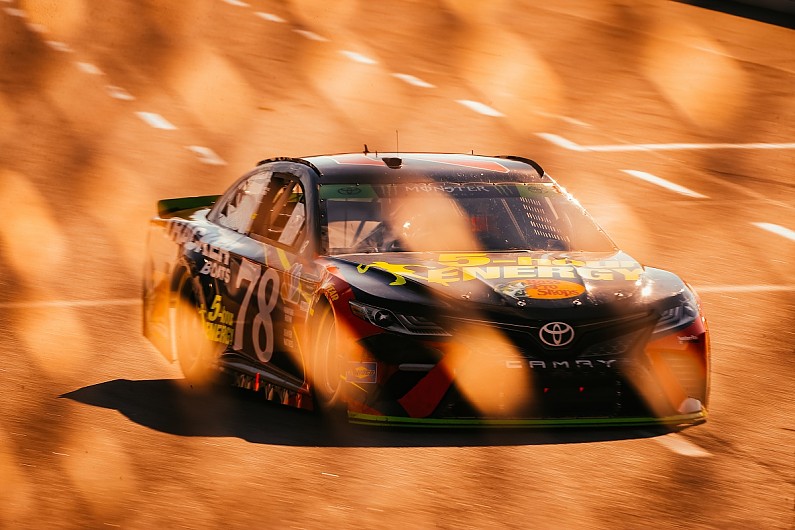 He said coming so close to Martinsville victory had proved Furniture Row could be competitive on short ovals - often its weak point - and that its impending closure was not going to prevent it being a title threat this year.

"Everybody said we were out, said we couldn't run good at Martinsville, said we don't run good at short tracks, said our team's shutting down so we can't make it to the 'championship four'," said Truex.

"I'm going to show everybody."