NASCAR race winner Daniel Suarez believes Kimi Raikkonen will be “fast” on his Cup Series debut at Watkins Glen but could struggle in dealing with aggressive tactics from his rivals.

The 2007 Formula 1 world champion will drive for Trackhouse Racing in the road course race at Watkins Glen International this weekend as a team-mate to Suarez and Ross Chastain.

The Finn’s appearance is part of Trackhouse’s Project 91 initiative which is looking to expand NASCAR’s reach by introducing talented international racing drivers to the Cup Series.

Suarez joined Raikkonen to advise him at his Select Driver Orientation Test at Virginia International Raceway last week and came away impressed with how quickly Kimi got to grips with the Next Gen car during his two hours of running.

“It was good, it was short,” said Suarez. “I felt like Kimi....I have been trying to learn as much as I can from him because he is an amazing race car driver.

“I believe a race car driver is great not just because of driving, I think it is just everything else around him. How he thinks and how open or closed minded he or she is.

“And in this case he is having a great time, and he is not just here to have fun, but he is here to be a competitor and wants to do well. So it’s been a lot of fun to work with him the last few days and I am really looking forward to seeing what he can do next week.” 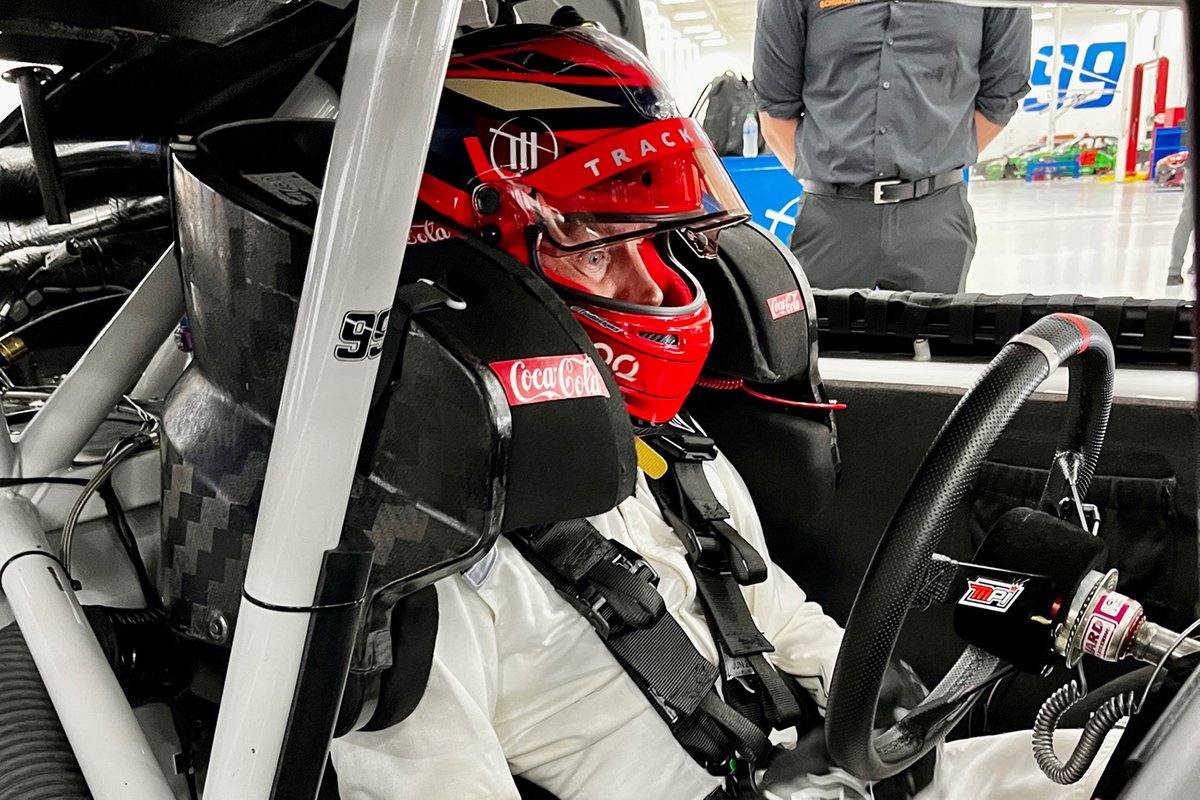 Suarez says Raikkonen’s speed won’t be in doubt, but the way rivals will treat him on track might be a different story.

“You can bring the best driver in the world and it is going to take some time in the racing part. I think [as far as] the speed, I think he is going to be good.”

Raikkonen’s Chevrolet Camaro ZL1 will be sponsored by Recogni/iLOQ and run by veteran crew chief Darian Grubb, who joined Chip Ganassi Racing from Hendrick Motorsports before the team's 2021 buyout.

It marks the first time Trackhouse has run a third car in the Cup Series, having expanded to a two-car squad this season after taking over Chip Ganassi Racing at the end of last season.

Suarez added that Raikkonen – who has one Xfinity Series race and one Truck Series start under his belt in NASCAR from 2011 – will be in at the deep end at Watkins Glen: “Racing, restarts, taking care of your tires, taking care of your brakes, pit stops... like that part of the racing is what it takes to win races. That is the part I feel like is going to be a process for him.

“I tried to guide him as much as I can, and I really feel he is trying to prepare himself as good as he can. If I was going to do a race in Europe one day, I wish I could prepare myself the way he is doing it.”