Larson grabbed the lead from Keselowski with seven laps remaining in the final 10-lap segment and held on to win the annual All-Star Race and its $1 million first prize.

It’s Larson’s second All-Star victory. His first came in 2019 when he was with Chip Ganassi Racing.

"Honestly, I can’t believe it. That second run there, we were really bad and I was like, ‘Man, we’re in trouble’. I went backwards that round, so I was like we've got an uphill battle," Larson said.

"I did not imagine seeing myself winning this race today. Cliff (Daniels, crew chief) and everybody works so hard on this thing and made some good adjustments throughout the first, second and third rounds and got us in position."

In addition to the all-star win, HMS driver Chase Elliott’s No. 9 team had the fastest green-flag, four-tyre pit stop during Round 5 and won a $100,000 bonus.

Elliott led the way on the final 10-lap dash to the finish followed by Byron, Larson, Blaney and Keselowski.

Keselowski went three-wide on the start to come away with the lead on Lap 92 of 100.

One lap later, Larson used a daring move to get around Keselowski and take the lead in the final segment.

With two laps remaining, Keselowski had moved back to second to challenge Larson but could not complete another pass for the lead. 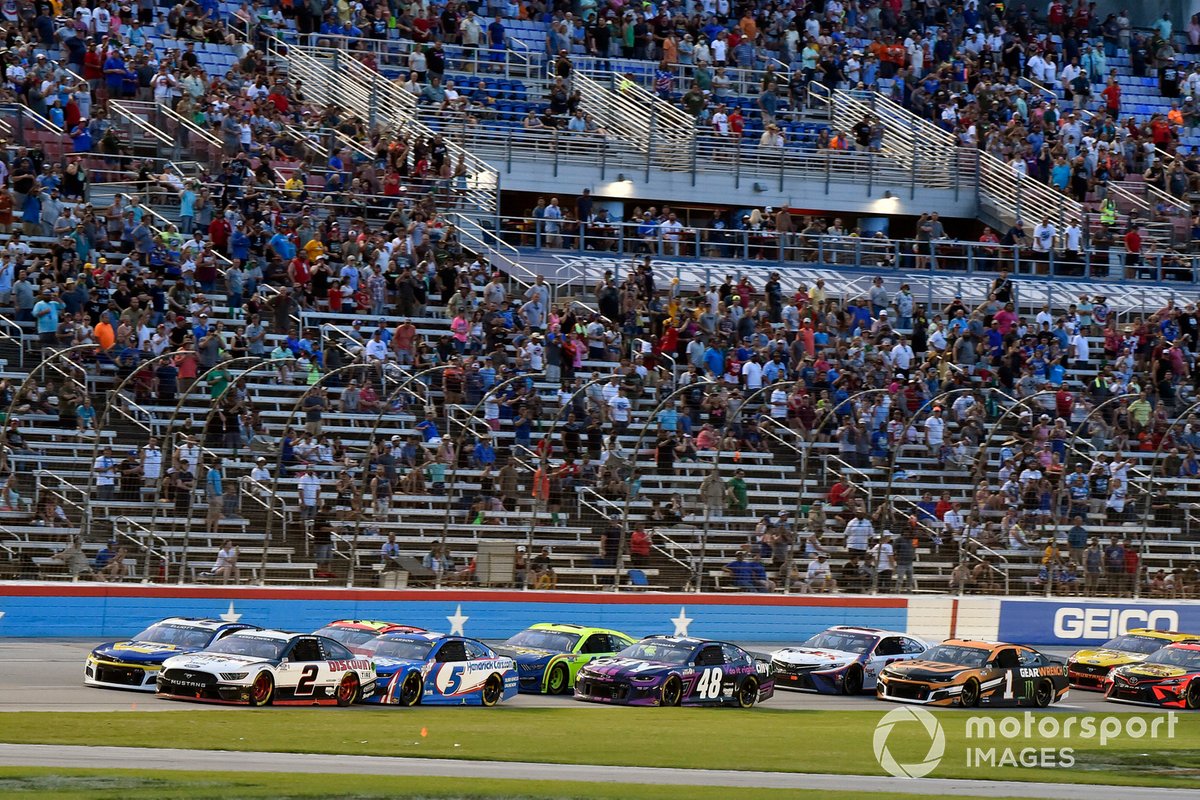 Larson held off Byron and Kyle Busch to win the first 15-lap segment of the All-Star Race.

Larson started on the pole but Kyle Busch quickly moved ahead and into the lead.

Christopher Bell spun off Turn 2 on Lap 2 to bring out the first caution. Only green flag laps count in the all-star race. Busch led the way on the restart on Lap 2 followed by Larson and Cole Custer.

Larson powered around Busch to return to the lead on Lap 7 as Byron moved to third.

Byron moved into the second spot with five laps remaining in the first round.

Ross Chastain, Tyler Reddick and Almirola raced their way into the all-star field by winning segments in the All-Star Open. Matt DiBenedetto gained entry by winning the fan vote.

Although he needed a brilliant save to remain out front, Blaney led all 15 laps on his way to winning the second 15-lap segment of the All-Star Race. He was followed by Keselowski and Chastain.

Following an inversion of the top 12 spots, Blaney led the way on the start of Round 2 followed by Kevin Harvick and Logano. Larson restarted 12th.

Bowman held off DiBenedetto to win the third 15-lap segment of the All-Star Race.

Almirola was third, McDowell fourth and Ryan Newman rounded out the top-five.

After the entire field was inverted, Almirola led the way on the start of Round 3 followed by DiBenedetto and Newman. Blaney restarted 21st.

On Lap 31, DiBenedetto, with a push from McDowell, took over the lead for the first time in the race.

Bowman went to the inside of DiBenedetto on Lap 37 to grab the lead.

Byron stayed ahead of Larson to claim the win in the fourth 15-lap segment of the All-Star Race.

Hamlin was third, Bell fourth and Elliott rounded out the top-five.

Following an inversion of the top nine drivers, Byron led the way on the restart of Round 4 followed by Bell and Hamlin. Bowman restarted ninth.

With 10 laps remaining, Larson had moved into second and Bell third. 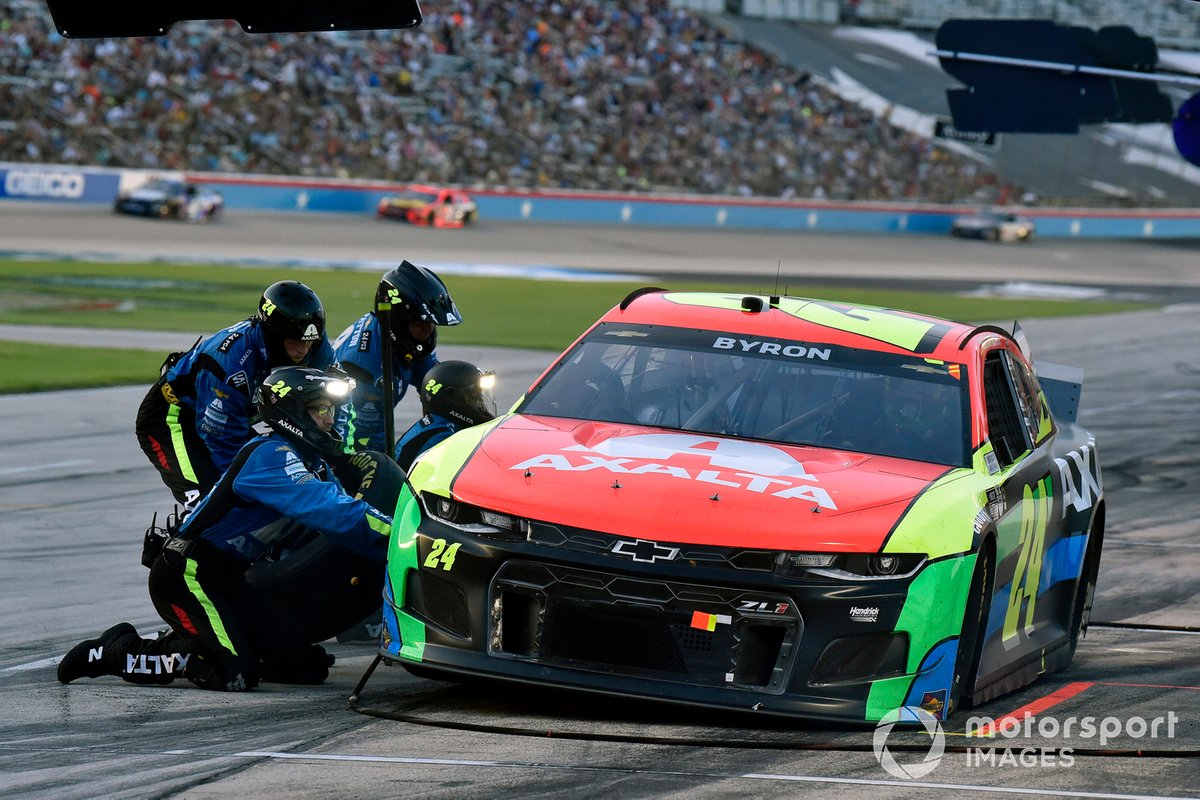 Elliott held off a wild charge from his Hendrick teammate Byron to win the 30-lap Round 5.

Larson was third, Blaney fourth and Keselowski rounded out the top-five.

The lineup for Round 5 was set by drivers’ cumulative finish from Rounds 1-4 which put Byron on the pole when the 30-lap segment went green. He was followed by Larson, Elliott and Blaney.

Denny Hamlin, McDowell and Martin Truex Jr. were among the first drivers to make their mandatory four-tire pit stop. Kyle Busch and Austin Dillon were penalised for speeding on pit road and had to serve pass-through penalties.

On Lap 77, the top four cars – all Hendrick drivers – elected to make their green-flag stops. Elliott was the first of the group off pit road.

Chastain, who had just completed his stop, spun on Lap 80 after contact from Newman to bring out a caution.

When the race returned to green on Lap 81, Keselowski led the way followed by Elliott, Byron, Larson and Blaney.

Elliott quickly grabbed the lead on the restart as Byron moved into second.