Johann Zarco says he has no fears he could get stuck in a MotoGP test role for multiple seasons, after hinting he is leaning towards that over a Moto2 return

Last month, KTM rider Zarco opted to terminate his two-year deal with the Austrian manufacturer one season early, leaving him without a place on the MotoGP grid in 2020.

The Frenchman initially suggested that returning to Moto2, where he won back-to-back titles in 2015-16, could be an option for him, but at Silverstone he said a test role in MotoGP would be more attractive, with rides in the intermediate class filling up quickly.

All six manufacturers in MotoGP now have European-based test teams, and most field their test riders in several races during the year.

When it was put to him by Autosport that no rider in recent times has progressed from a test ride to a full race seat, Zarco highlighted his situation is different to other riders that have taken such roles recently, such as Honda's Stefan Bradl or Suzuki's Sylvain Guintoli.

"I think for a factory, my situation can be interesting, because if I become a test rider it's not because I'm retiring," he said.

"I was not feeling good and I want to come back stronger, to give myself a chance with a competitive bike.

"It means if I start to test, I will push like I want to win a race, and that can be sometimes not the best way to develop a bike and test many things.

"But to push the bike to another limit, that can be interesting for some factories.

"The target if I do that is to do a good job, make many laps, and I think a test rider has the opportunity to ride a lot; we see this year some test riders are doing many wildcards.

"If I trust in myself, I take always the opportunity of a wildcard, like a last chance, this situation can push the human to be fast." 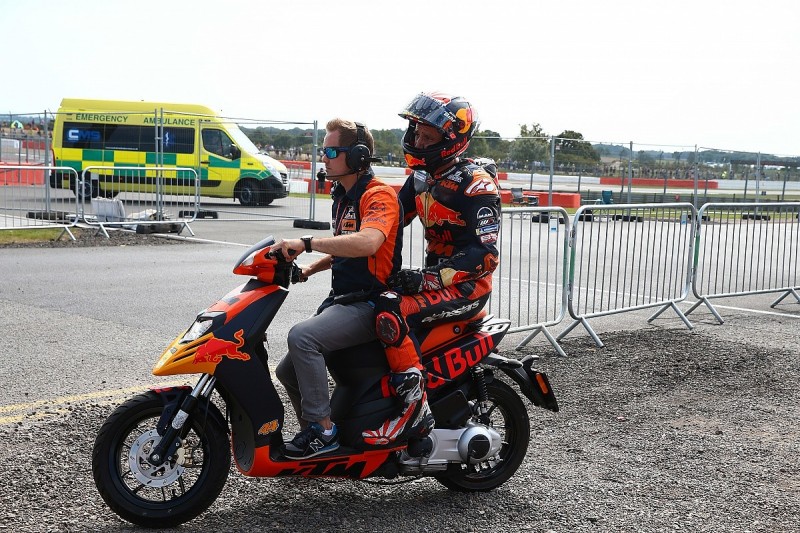 Rumours that Zarco could be joining Honda's World Superbike project circulated earlier this year, but the Frenchman swiftly dismissed that prospect as "bullshit".

Despite his chance in circumstances since those reports first surfaced, he again refuted suggestions he is WSBK-bound next season.

"That was real bulls*** at the beginning of the year, and [it is] even now," said Zarco.

"The journalist that put it at the beginning of the year put it now to be more credible.

"But no, for sure I have not spoken [to Honda] yet, because the target is MotoGP at the moment."

Alvaro Bautista is set to be announced as a Honda rider for the 2020 WSBK campaign after splitting with Ducati, with former MotoGP rider Scott Redding stepping up from British Superbikes to take his place.