Incoming Pramac Ducati MotoGP rider Johann Zarco says he was forced to "make up for lost time" in 2020, which he links to his "inconsistent" campaign with Esponsorama Racing

Zarco signed directly to Ducati to join Esponsorama Racing (formerly Avintia) for 2020, having walked away from his two-year KTM factory deal following a tough opening half of 2019.

Initially against the move, Zarco would take the satellite GP19 to a pole position at the Czech Grand Prix and recover from a long lap penalty to take third in the race.

His form proved inconsistent for the rest of the campaign, the double Moto2 world champion ending the year 13th in the standings and fourth-best Ducati rider.

But Zarco feels the fact he missed four days of testing on the Ducati last November meant the speeded up adaptation to the bike caused him to be "often above my limit", contributing to his mixed form.

"I had some things to catch up and to understand again to be at the top level, and I am happy to have been able to identify them with Ducati and that motivates me to do more next year," Zarco said in a French GP press conference recently.

PLUS: How Ducati rebuilt Zarco into a factory MotoGP rider

"If I think purely about the championship, it has been a bit inconsistent for me.

"But in my opinion, the fact that I had to make up for lost time has forced me to be often above my limit and therefore to make some mistakes.

"But they are mistakes that allow me to learn from a year where in the end what I had to play for was to bounce back, that's what was most important". 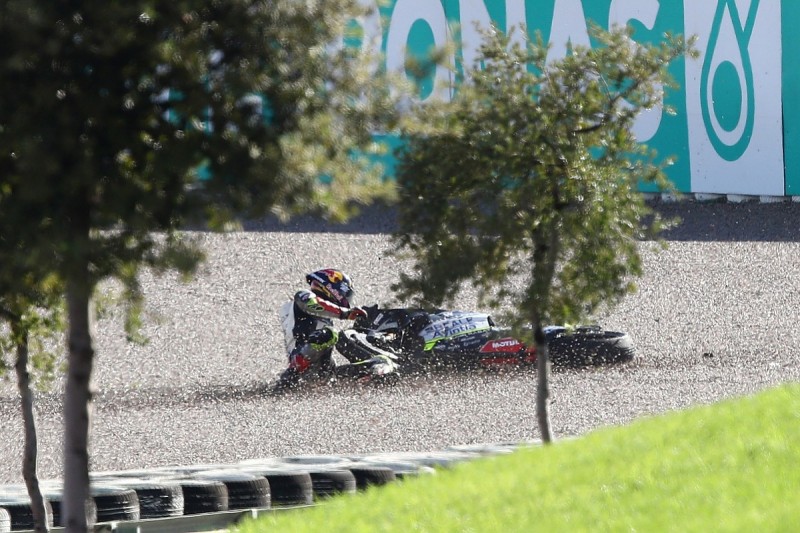 Zarco will return to being a factory-backed rider in 2021 with Pramac and will race the same spec machinery as works team duo Jack Miller and Francesco Bagnaia.

Having secured this move in September, Zarco says he used the remaining rounds of 2020 as something of a test in preparation for next year.

"Since Misano, I say it's all positive because the main challenge to get back at the top level and have a bike for next year and a competitive bike," he said last month.

"So, the main target was done [at Misano] and I almost take the races since Le Mans, or since Aragon, really as a test for next year.

"So, that is giving me, not an advantage because we can see in the [Valencia] race I did not finish and I expected I could fight for the podium, but I crashed before.

"But at least it's always taking a lesson and not paying too much the price in these crashes, because in the championship I know I don't have big things to win or lose at the moment.

"So, I'm happy I've found the stability and the way again to perform, to have the performance to work on the bike, work on me.

"I think I have all the things, I cannot say under control, but we can work."